Rare US airborne raid in Syria kills one

It is the first such operation in government-held territory, the Britain-based Observatory for Human Rights said, adding that the victim was likely a member of the Islamic State group.

“US occupation forces carried out a landing operation using several helicopters in the village of Muluk Saray in the southern countryside of Qamishli and killed one person,” Syria’s state broadcaster said, without elaborating.

The US armed forces’ Central Command (CENTCOM) said it currently has “no information to provide”.

The village targetted lies 17 kilometres south of the city of Qamishli and is controlled by Syrian government forces, according to the Observatory and AFP correspondents.

“It is the first time,” that US forces conduct such an operation in regime-held areas, the Observatory said. The person killed in the operation “had been a resident of the area for years and is likely an Islamic State” group leader, added the war monitoring group that relies on a wide network of sources in Syria.

Several other people were captured, the monitor said, without providing a figure. 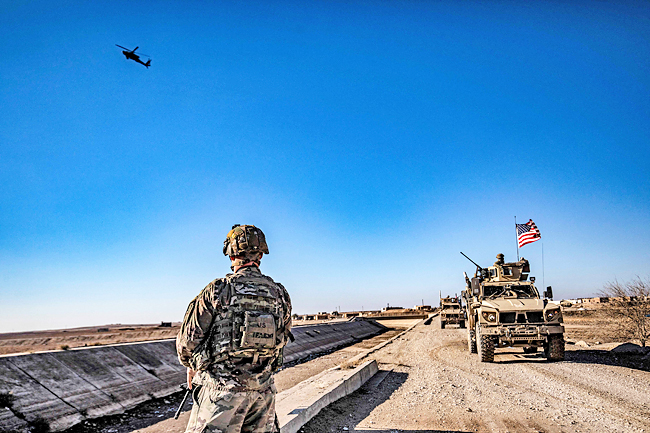