“This is an extremely rare occurence,” Najib Balala said on Twitter in a post accompanied by a picture of the mother watching over her offspring.

The world’s tallest species was listed as “vulnerable to extinction” on the International Union for Conservation of Nature’s 2016 Red List of threatened wildlife.

Only about 117,000 giraffe remain in the wild, according to the Giraffe Conservation Foundation. It said the numbers of the gentle long-necked giant in Africa have plummeted by 30 per cent over the last 30 years, describing it as a “silent extinction”.

Kenya is home to three subspecies of giraffe, the Maasai, the reticulated and the Rothschild.

Nairobi National Park lies just seven kilometres from the heart of the Kenyan capital, and is a tourist magnet for its wildlife including lions, leopards, rhinos and buffalos which graze against a backdrop of distant skyscrapers.

At 15 months, giraffes have one of the longest gestation periods for mammals. They give birth standing up, which means their calves drop just under two metres to the ground. This startling introduction to life gets them up and running around in less than an hour. A newborn calf is bigger than the average adult human. 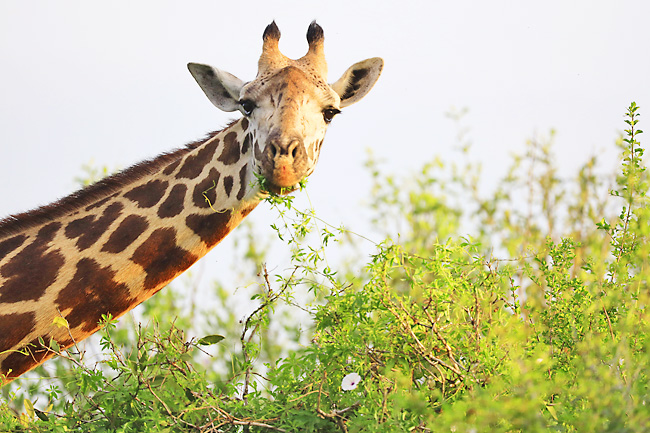