Tobacco is a contributing factor to millions of deaths each year, despite the health risks being widely known among the general population. In 2019, over eight million people died from diseases related to tobacco and the annual death rate is expected to keep growing due to the long term effects of tobacco.

This was highlighted in a report recently published by the World Health Organization (WHO) on trends in the prevalence of tobacco use.

Under the WHO Global Action Plan for the Prevention and Control of Non-communicable Diseases 2013–2020 (NCD GAP), it is specified that countries should strive to reduce the global prevalence of tobacco use (smoked and smokeless tobacco) by 30 per cent between 2010 to 2025.

In monitoring progress towards this target, the report presents trends in tobacco use prevalence for 165 countries, representing 97 per cent of the global population.

TOBACCO PREVALENCE RATE BY WHO REGION

On average, tobacco use prevalence rates have been decreasing in all WHO regions since 2010. By 2025, the region of the Americas is projected to have the fastest decline at 33 per cent, followed by the African and Southeast Asian regions at almost 32 per cent each.

These three regions are the most likely to achieve the NCD GAP target.

The European region is projected to have a slower rate of decline at 19 per cent, followed by the Eastern Mediterranean region at 22 per cent. Both are lower than the expected global average reduction rate (24 per cent). The Western Pacific Region is expected to have the slowest decline at eight per cent. 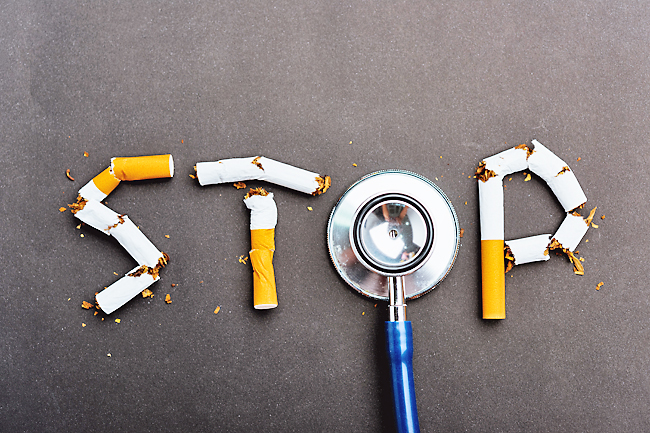 In 2000, approximately one-third of the global population aged 15 and above were current users of some form of tobacco. Within the span of two decades, the rate declined to 22.3 per cent and is projected to decline further to 20.4 per cent by 2025. However, the world is projected to fall short of the NCD GAP target, reaching just 23.6 per cent reduction by 2025.

In total, 60 countries are projected to reduce their tobacco use by at least 30 per cent if they maintain or accelerate their tobacco control measures. Despite the downward trend in another 90 countries, they are unlikely to achieve the 30 per cent reduction target by 2025 with the current pace. Meanwhile, nine countries are unlikely to have any significant change in rates of tobacco use.

Six countries are projected to observe an increasing rate of tobacco use, while the remaining 29 have no trend estimates in the report due to insufficient or lack of data.

The report states that Brunei Darussalam is “unlikely to experience a significant change in prevalence”. Between 2010 and 2025, the country’s expected relative reduction in current tobacco use rate under Business As Usual (BAU) is 3.0, with BAU defined as “countries continuing to implement policies at the same rate they have in the past”.

“Ministries of heath and public health organisations cannot achieve success in tobacco control by acting alone,” said the report. “It will require a multisectoral response with new partners in government and the community jointly working towards goals in tobacco control. Together the world can achieve targets and save millions of people from tobacco-related diseases and death.”

With the pandemic still ongoing, smokers are at higher risk of developing severe diseases after being infected with COVID-19 compared to non-smokers. Furthermore, the addictive nature of nicotine can make it difficult to quit smoking.

To help smokers quit, smoking cessation clinics have been set up at health centres across Brunei. These clinics provide counselling services and pharmacotherapy assistance such as nicotine replacement tools.