International School Brunei (ISB) raised the curtains on its whole-school production of Arabian Nights on Sunday, in the completely sold-out matinee performance at the ISB theatre.

Over 80 students from Year 5 to Year 12 showcased their singing, dancing and acting talent in the school’s largest and most ambitious musical to date.

Adapted and inspired by the book One Thousand and One Nights, the musical was exclusively written for ISB and weaves a fun and original tale of three travelling thieves who are sentenced to death for their crimes.

In ISB’s production of Arabian Nights, the thieves tell the creative reimagined tales of Aladdin and his lamp, Ali Baba and the 40 Thieves, and Sinbad the Sailor – and enthrals the audience with an amusing and energetic world full of movement and music, showcasing the talents of pupils in lush swirls of vibrant fabrics and shadowy lanterns.

During the curtain call, production directors Rick Smith and Dawn Smith thanked the audience and parents for their support, staff and student volunteers for their help and assistance, and the pupils for their time and dedication in making the production a success.

ISB Executive Principal Laura Thomas said that the production is a “wonderful representation of the ethos that lies behind everything at ISB”. The show brings together representatives from the primary and secondary schools who have worked tirelessly to stage the creative retelling of well-known tales. 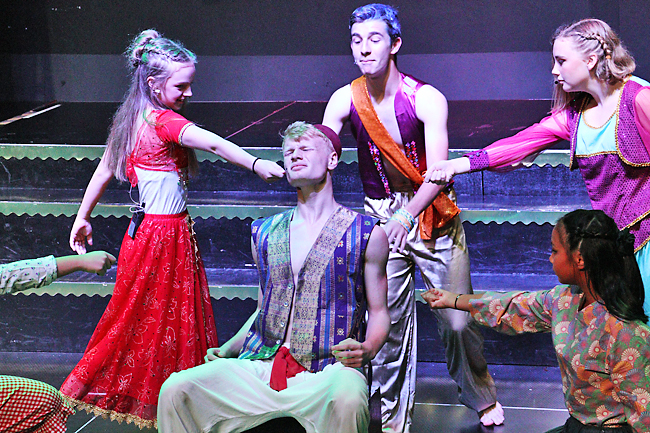