“Myanmar is our long-standing and reliable partner in Southeast Asia … Our relations are developing in a positive way,” Putin said during the meeting on the sidelines of the Eastern Economic Forum.

As Moscow’s ties with the West unravel over Ukraine, the Kremlin is seeking to pivot the country towards the Middle East, Asia and Africa.

“I am very proud of you, because when you came to power in the country, Russia, so to say, became number one in the world,” Min Aung Hlaing told Putin.

“We would call you not just the leader of Russia but a leader of the world because you control and organise stability around the whole world,” he said.

The two leaders “friendly and openly” discussed cooperation and “exchanged views on relations and the international situation”, the Myanmar junta said in a statement. 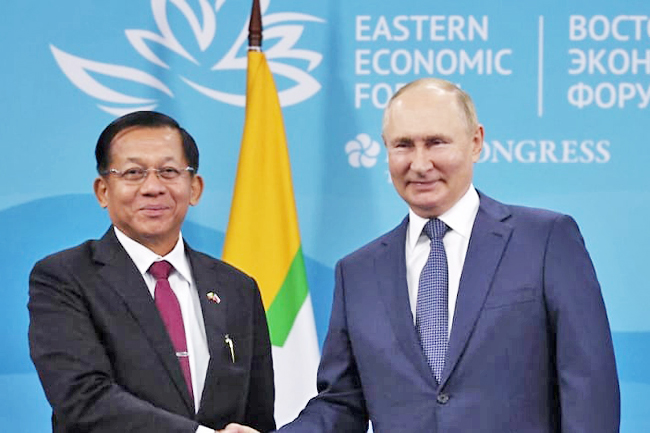