A total of 106 golfers from across the nation were able to tee off in marking the first-ever Pusat Ehsan Kuala Belait Charity Golf 2023 hosted by Pusat Ehsan Al-Ameerah Al-Hajjah Maryam at Panaga Golf Club on Saturday.

Acting Belait District Officer Haji Amirol Hafidzin bin Haji Muhammad was welcomed to the venue by Pengiran Sarimah binti Pengiran Haji Abdul Latiff, the chairperson of this year’s charity golf in KB and a member of Pusat Ehsan Board of Trustees.

Audrey Choo, member of Pusat Ehsan Board of Trustees and First Deputy chairperson of the event welcomed the invited guests as well as the participating golfers, and students of Pusat Ehsan and expressed her gratitude to sponsors and golfers for contributing to the success of the event.

She added that Pusat Ehsan is committed to providing a quality education and rehabilitation services for individuals with special needs.

She said that the funding from the event will allow them to increase the student population, as well as improve their infrastructure and introduce a new computer-based curriculum. 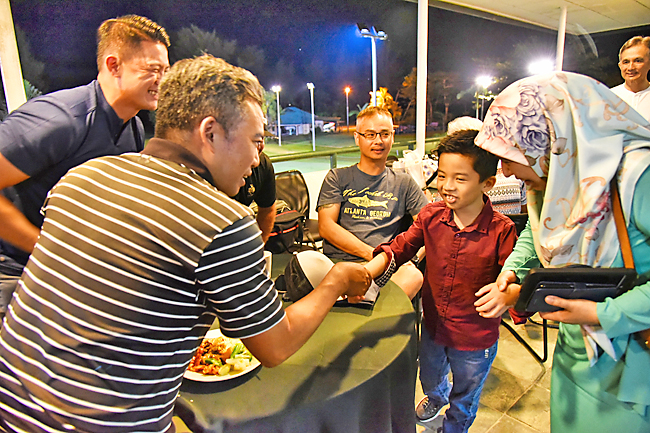 The event continued with a short presentation detailing daily lives and activities at the centre delivered by lead teacher at Pusat Ehsan Kuala Belait Diane Talabis Solinap, followed by the presentation of certificates as well as the various trophies.

Meanwhile, Mitchell Leong emerged as the winner of the Overall Gross, while Lion Burrows and Wan Sepuan Wan Hil tied at second and third places.