Persian cat Oggy won the judges’ hearts as she was crowned the Best of the Best in the Cat Competition for local and mixed breeds at the Kampong Pandan Community Hall on Saturday.

Some 29 participants entered more than 80 cats into the various categories of the competition.

The categories included the breeds, such as Persian, Siamese, Mixed, and Normal Breeds; as well as specific categories such as most healthy, the largest, most beautiful fur, most photogenic, and the coveted Best of the Best. 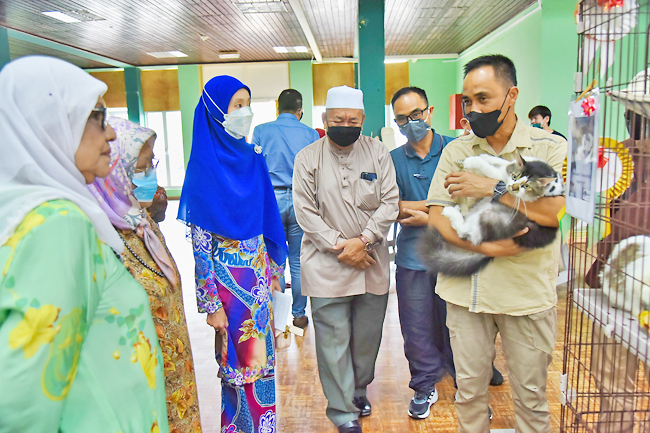 Each cat was judged by a panel comprising members from the WI Belait District Branch.

Hajah Julia noted that the categories highlighted the cats’ best aspects, while fostering an appreciation for the effort and care made by their owners.

The ceremony continued with the presentation of a medal and token of appreciation to Mohd Yunos bin Haji Pungut, who volunteers his time and effort to care for not only his cats but also stray cats across the district.

The winners for each category were announced, with Oggy being placed first in the Persian category followed by Basyier and Fluffy in second and third.

Meanwhile, Anna, a Siamese cat was placed first in the Siamese Category, followed by Lexi and Joni in second and third.

Mixed breed Wickey was placed first in the mixed category, with Eva and Lola coming in second and third places.

In the normal category, Princess was placed first, followed by Tiger and Batman in second and third.

In the special categories, Siamese cat Joni received the most healthy award, while the categories for the most beautiful cat and most photogenic were both won by Princess.

Winning not only the largest and most beautiful fur categories, but also the Best of the Best, was Oggy.

The prizes for the winning cats were handed to their owners by the guest of honour, who toured the premise following the prize presentation.

The competition, organised by the WI Belait District Branch, was sponsored by Nimanja Brunei.