The public was seen queueing up to purchase the commemorative coins at the BDCB Currency Gift Shop.

The Bulletin interviewed Siti Shukriah binti Ahmad, who came on behalf of her uncle, Pengiran Mahalee. She said her uncle is an avid collector and is a fan of commemorative currencies.

Meanwhile, another individual said the commemorative coins are limited and as they are collectibles, it’s good for Brunei to have such items.

“The Sultanate often comes out with these special coins, and not every country can afford to do so. They are great as unique gifts for special guests as well,” she added. 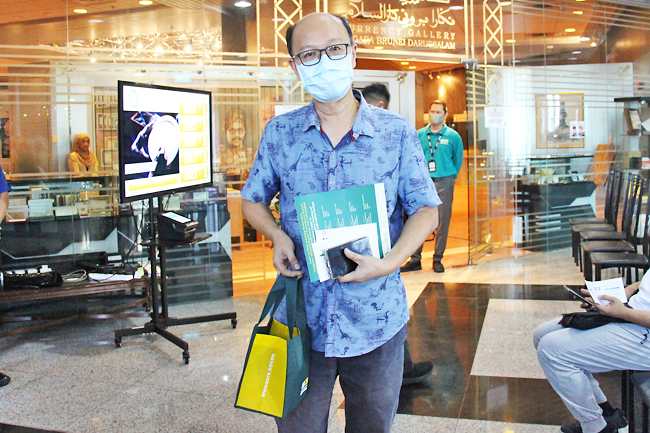 Meanwhile, Lim believes that the commemorative coins are great souvenirs for people to remember the event which can be difficult to come by, and the BDCB making it available for purchase is an opportunity for the public to own them. He said the coins are beautifully designed, especially with the image of the bridge on it.

The commemorative coins are legal tenders in the Sultanate.

For the second gold edition, the face value is also BND300, made up of 999.9 gold, weighing at 40 grammes and measuring 36 millimetres in diameter with a selling price of BND4,000.

Meanwhile, the silver edition has a face value of BND30 and made up of 999 silver. The coin weighs 40 grammes and measures at 45 millimetres in diameter with the selling price of BND300.

For cupronickel, the face value is BND3, made up of cupronickel weighing at 31.10 grammes and measures at 40 millimetres in diameter with a selling price of BND110.

The commemorative coins are available for sale to the public.