Members of the public yesterday shared their thoughts on the enforcement of Operasi Pulih, an enhanced COVID-19 measure aimed at controlling public movement between 8pm to 4am. The two-week measure came into force yesterday and continues until October 17

“In my opinion, this will positively impact the country. Typically, it is from 8pm that people are most active – leaving home to shop for essentials or to get some fresh air,” said Melissa Katherina Boyd Abdullah.

“This also applies to neighbourhood visits, where people still gather with friends or families from different households. With the enhanced COVID-19 restrictions, there will be no more excuses and people will not be allowed to head out without a valid reason,” she said.

“Let us all be responsible and abide by the measure. Stay abreast with the announcements by the authorities. Every little thing helps as we try to get through this critical time together. Let’s do our part by staying apart, but together at heart. Stay responsible, stay safe and stay home!” she added.

With a slower infection rate, the National Isolation Centre (NIC) and other isolation centres will receive fewer patients, and ultimately this will help flatten the curve. 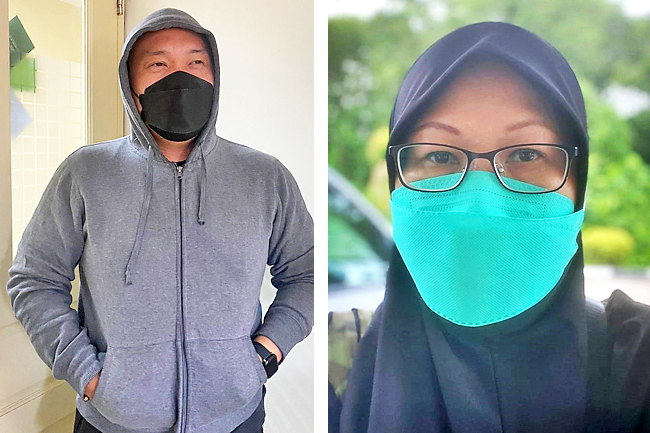 Frontliners are working around the clock to contain the spread of the virus; many have not returned home for fear of infecting their families.

Pensioner Haji Aya described the enhanced measure as being a “smart move to control the deadly virus from spreading,” and called for the authorities to implement it continuously and consistently.

“Prioritise the control of sea and land movements. Additionally, solid effort by village and mukim consultative councils is vital. What is the most important is for everyone to be responsible for themselves and practise self-discipline. Insya Allah, we will have a healthy community soon,” he added.

Lauding the measure, Nur expressed hopes that this will “halt the spread, or at the very least, limit its reach to fewer people.”

Meanwhile, Udeeh said, “I am glad this restriction is finally in place. The number of cases in the private residence cluster is worrying. People tend to freely visit family members, but with the movement control enforced, such irresponsible attitudes can be halted. This will help bring down the number of infected people.”

Riz also gave Operasi Pulih the thumbs-up, noting that it is the only way to stop individuals who take the matter lightly and continue to visit other households. “For me, what the government deems best, is for the benefit of all. On our part, we need only to answer this call.”

Asnan said, “We should be united in abiding by this order. Do not put the government efforts to waste. The negligence of some has resulted in this measure being enforced. I salute the authorities for making this smart decision.”

Like many others, Syasya approves of the measure, describing it as a “wise move,” especially after bearing witness to her neighbours receiving visitors in the wake of the second outbreak.

She hopes the public will see the wisdom in enforcing the new measure, and appreciate the authorities’ efforts in trying to keep the public safe.

Meanwhile, a local businessman who chose to remain anonymous, said the move is timely in helping to flatten the curve.