Thousands of young men attacked train coaches, burned tyres and clashed with officials at the station in one of India’s poorest states.

“Around 2,000 to 2,500 people entered the Masaurhi railway station and attacked the forces,” Singh told the media.

The Agnipath or “path of fire” system aims to bring more people into the military on four-year contracts to lower the average age of India’s 1.38 million-strong armed forces and cut burgeoning pension costs, the government said. 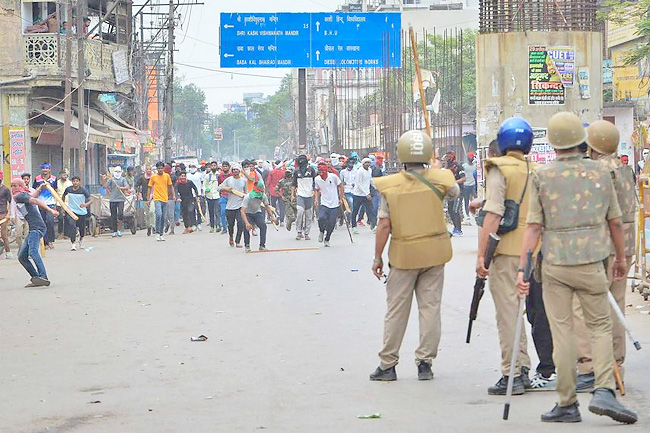 Protesters, mainly young men, say the plan will limit opportunities for permanent jobs with the defence forces, which guarantee fixed salaries, pensions and other benefits.

Some retired military officials said the government’s money-saving plan risks eroding the honour of serving the nation and the safety of India.

Police officials said yesterday that Internet services are suspended in several parts of Bihar in a bid to stop public gatherings and violent protests over the recruitment plan.