Full STEAM Ahead concluded the school holiday on a high note as Seria Energy Lab (SEL) wrapped up its third installment of the programme on December 18.

Held in collaboration with the Ministry of Primary Resources and Tourism, Full STEAM Ahead was an initiative by the science centre to create awareness of Science, Technology, Engineering, the Arts and Mathematics (STEAM) education as well as improve the youth’s science competency through interactive learning.

The programme was held from November 30 to December 18 around the premises of SEL, offering four hands-on and engaging activities suitable for all ages such as Monster Slime, Tinkercraft, Circuit Fantastic and Cloudoh.

Other activities included shows produced by the SEL Studio and Aquashow to encourage participants to partake in interactive learning through entertainment.

Additionally, there were showcases and activities by Universiti Brunei Darussalam and the finalists of the Women in Science 2022.

One of the Science Spectacular performers Muhammad Hakimi Saldi Sofian told the Weekend Bulletin that: “I got to learn new creative skills and working with other participants and SEL workers. It was very fun!”

SEL said the programme will help to improve science competency among the public. 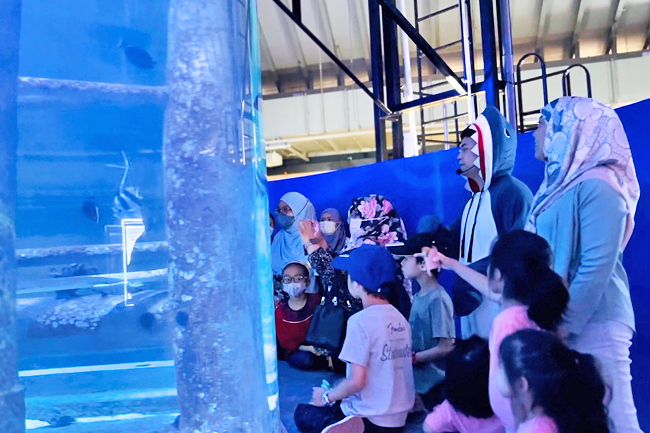