ASEAN recently launched the third edition of its biodiversity report – the ASEAN Biodiversity Outlook (ABO 3) – at the margins of the United Nations (UN) 2022 Biodiversity Conference.

The ABO 3 launch was part of the ASEAN Strides Toward the Achievement of the Post-2020 Global Biodiversity Framework, a 15th meeting of the Conference of the Parties to the Convention on Biological Diversity (CBD-COP 15) side event organised by the ASEAN Secretariat, the ASEAN Centre for Biodiversity (ACB), the European Union (EU), the Federal Government of Germany through GIZ and KfW, and Pew Charitable Trusts.

A press statement explained that in line with the COP 15 theme, ‘Ecological Civilisation: Building a Shared Future for All Life on Earth’, this side event engaged key policymakers from ASEAN member states to highlight progress in achieving biodiversity goals in the ASEAN region, including challenges and innovative solutions to contribute to the post-2020 global biodiversity framework.

Highlights of the ABO 3 were presented in a video produced by the ACB, which noted that the ASEAN region is home to some of the world’s fastest growing economies where people are enjoying new era of prosperity.

“Over 660 million people are dependent on the region’s rich natural heritage for their livelihood, welfare and well-being. However, pressures brought about by anthropogenic factors are now exacting a high price – the depletion of the region’s precious and unique biodiversity that supports its economic advancement.”

The video noted that the post-2020 global biodiversity framework presents the opportunity and means to address the unprecedented biodiversity loss in the region and the world. 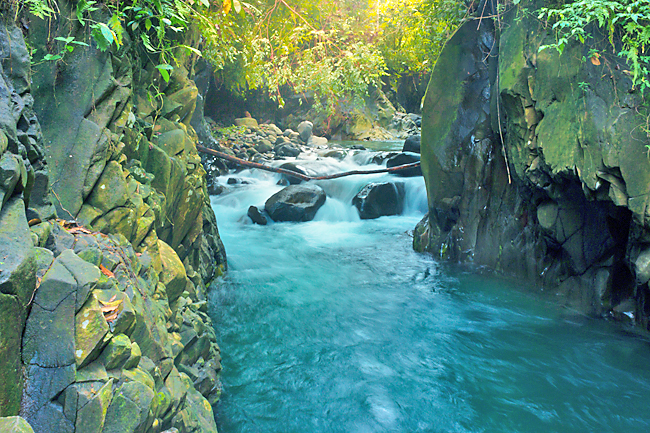 It also stated that the extensive conservation efforts of the ASEAN member states as reflected in their Sixth National Reports to the Convention on Biological Diversity (CBD) as well as regional initiatives to contribute to the sustainable use of the region’s biological resources are presented by the ACB in the third edition of the ABO 3.

“The ABO 3 recommends narrative shifts to draw more attention to the collective, responsible and pragmatic actions for biodiversity using the most recent available information on the progress, achievements, and areas for improvement of biodiversity in the region,” it was shared.

Guided by the Strategic Plan for Biodiversity 2011-2020, including the Aichi Biodiversity Targets (Aichi Targets), the region’s progress, challenges and ways forward are articulated through these goals: mainstreaming biodiversity across government and society; reducing the direct pressures on biodiversity and promoting sustainable use; safeguarding ecosystems, species and genetic diversity; enhancing the benefits to all from biodiversity and ecosystem services; and enhancing implementation through participatory planning, knowledge management and capacity building.

The ACB video mentioned that the region faces challenges, particularly in restoring ecosystems and reducing pollution.

“A mid-term review of progress Aichi targets shows that the ASEAN region’s tropical forests are continuously threatened and remain a deforestation hotspot. The growing demand for timber products and the conversion of land for agricultural use and human settlements reduce forest cover at a rate of 80,000 square kilometres annually.

“The ecological crisis leads to species extinction, diminishing natural resources and deteriorating ecosystems. The urgent need to address this situation necessitates approaches with ambitious goals and transformative measures to restore and recover the natural habitats.”

It was shared that, “As a way forward, courses of action may include the expansion of protected areas, including other effective area-based conservation measures (OECMs) under the post-2020 global biodiversity framework.

“The establishment of ecological networks through trans-boundary initiatives, including the ASEAN Heritage Parks programme has been mobilised and could be a potent solution to habitat loss and fragmentation. It could contribute to the restoration of interconnected ecosystems within a larger landscape and seascape framework.”

Also mentioned was that a proactive approach in the development of biodiversity management plans calls for the consideration of nature-based solutions in climate action such as the conservation and rehabilitation of habitats susceptible to extreme weather conditions.

“This requires continuing support for research and development efforts regarding the effects of climate change on species and ecosystems to identify appropriate management practices.

“To sustain these initiatives the ABO 3 recommends comprehensive and systematic efforts to mobilise and substantially increase financial resources from all sources for more effective implementation of the NBSAPs.

“Biodiversity loss is a cross-sectoral global issue that requires collective action within and beyond the ASEAN region. It is only through a unified, holistic and worldwide engagement that a significant headway towards transformative change can be realised.”

The ACB said, according to the World Health Organization (WHO), unabated biodiversity loss and failure of ecosystem services to meet social needs can have significant impacts on humanity as the loss of ecosystem services will have wide-ranging repercussions that will affect health, livelihoods, migration, income and food security.

“The individual and collective efforts of the ASEAN member states under the rubric of the Aichi Targets as well as synergies with other multilateral environmental agreements demonstrate both accomplishments and challenges as the region and the rest of the world usher in the post-2020 global biodiversity framework that will serve as a blueprint for fulfilling the three objectives of the CBD towards living in harmony with nature by 2050.

“The foregoing recommendations provide strategies not only for breaching critical thresholds that lead to irreversible adverse impacts on the ASEAN’s biodiversity, but more significantly for restoring and enhancing vital ecosystems.

“These are both timely and crucial particularly in light of compounding factors, including but not limited to climate change, new and emerging diseases and socio-political insecurity.

“The current Outlook identifies opportunities for the ASEAN member states to scale up initiatives, mobilise resources, strengthen individual and collective commitments, adopt science-based policymaking and implementation, and promote a rights-based whole-of-community approach to halt biodiversity loss and achieve multiple benefits where no one is left behind.”