Amid the COVID-19 pandemic beginning mid-2021 and earlier this year, the Sultanate has made progress in the info-communications and technology sector towards realising Brunei Vision 2035 and the Brunei Digital Economy Masterplan.

According to the Ministry of Transport and Infocommunications (MTIC), the new council will be replacing and taking over the responsibilities of two previous bodies – the Brunei Research Council (BRC) established in 1987 and is tasked with supporting research and development (R&D) activities which can contribute to the economic development of the country; and the National Committee on Science and Technology, established in 1994, which was responsible for identifying and formulating advances in science and technology that support economic and social development in the country.

CREATES is the new platform to promote activities related with science, technology, and innovation and is focussed on developing a National Science, Technology and Innovation (STI) Framework and relevant action plans, on top of working to revise the various funding schemes and mechanism to support overall R&D activities in the country.

The council is chaired by the Minister of Transport and Infocommunications, and membership includes permanent secretaries from various ministries, as well as key stakeholders from institutes of higher learning and the private sector, and is also supported by two working committees. These two working committees are the Evaluation and Approval Working Committee chaired by the Permanent Secretary at the MTIC to advise the council on the development of national policies and strategies related to STI and R&D, as well as reviewing project research proposals; and the Implementation Monitoring Working Committee chaired by the Permanent Secretary (Performance and Corporate) at the Ministry of Finance and Economy (MoFE), tasked to review the progress of research projects to ensure efficacy and impact. 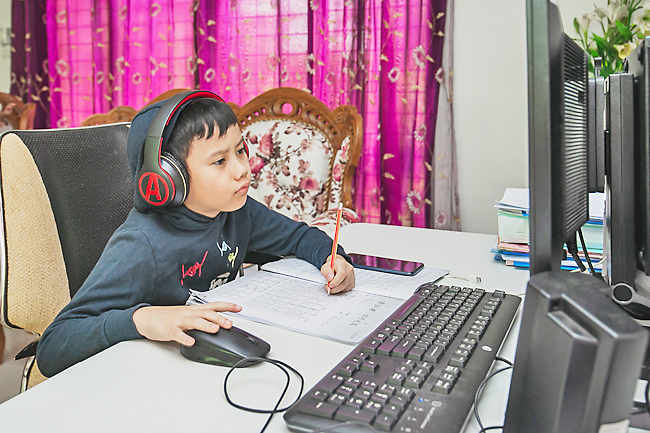 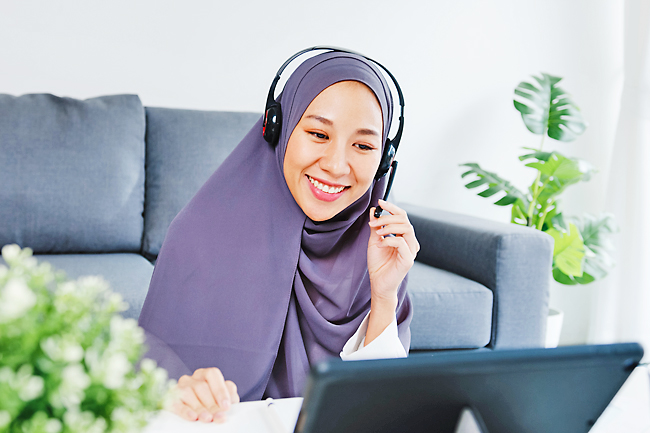 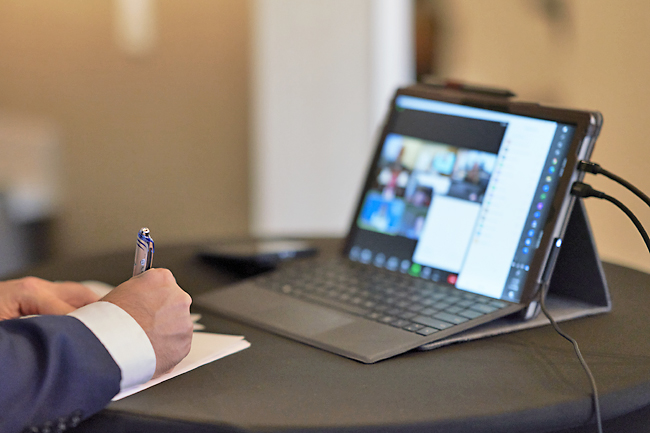 In September 2021, as Brunei faced the second wave of COVID-19, working from home (WFH) and distance learning were adopted as a response to mitigate the impact of the pandemic and protect the country’s population.

As of September 2021, three out of four households have a broadband connection at home, with the majority choosing 50 or 100Mbit speed.

Through such home broadband connection, all household members have access to the Internet be it via smartphones, tablets or laptops.

With the home broadband connection, students could attend their virtual classrooms; parents could work from home and contact colleagues via audio and video conferences; and family members could connect via popular messenger applications and enjoy digital entertainment.

A significant increase in traffic has taken place in the broadband network over the time, spiking after August 7, 2021.

Towards enhancing WFH and learning experience during the challenging time, reliable digital platforms were essential, especially to support educators to engage better with students, and through the existing memorandum of understanding (MoU) between the MoE and Microsoft, students and teachers were provided with free Microsoft 365 (M365) accounts, offering new ways to extend teaching and learning beyond the classroom.

Using the M365 accounts, students and teachers were also provided with free online Microsoft Office 365 applications, such as Word, PowerPoint, Excel and Teams, allowing them to work together and communicate seamlessly.

In addition, MoE with the support of the MTIC and AITI launched the Device Donation Campaign as part of their whole-of-nation approach, aimed to collect donations in terms of IT devices such as tablets and laptops to aid students in need in supporting their online learning.

Apart from such collaboration between government ministries and statutory bodies, more initiatives were organised in cooperation with private corporations such as the Donate Data Campaign, a donation initiative conducted by the MoE and Progresif.

Another donation initiative was the Goals for Education Campaign, which was jointly initiated between Dynamik Technologies Sdn Bhd and Progresif. Apart from these campaigns, donations also came through imagine and Brunei Shell Petroleum Company Sdn Bhd (BSP) as part of their corporate social responsibility (CSR) programme.

According to Dato Seri Setia Awang Abdul Mutalib, the services will be enhanced in stages within the next two years as operations have been slightly affected following the introduction of the business continuity plan (BCP) during the second wave of COVID-19 as more people sign up for broadband as a result of WFH.

As the Sultanate was hit by the second wave, COVID-19 brought forward plans under the nation’s Digital Economy Masterplan as it was originally targetted that by 2025, 75 per cent of Bruneian households will have broadband access. The target was reached at 75.25 per cent in November 2021 when the need for online learning and WFH spurred demand.

To accommodate broadband service dependency, UNN has made efforts to further improve operations, including network improvement works carried out in August 2021 which brought with it a 61 per cent speed increase.

Providing telecommunication services coverage in remote areas is being emphasised, with BND3 million allocated under the 11th National Development Plan (RKN) to fund the Tower Development in Rural Areas project, which will include Kampong Apak-Apak, Kampong Sukang, Kampong Melilas and Kampong Long Mayan.

Brunei is also preparing for 5G service to maintain the momentum in the use of digital technology – in line with technological advances. Apart from providing facilities such as infrastructure, MTIC through AITI has also implemented numerous efforts including providing spectrum frequency for 5G technology; studying regulations and law (under AITI) related to providing 5G service; continuing pioneer test/trial for 5G technology; and conducting human resource capacity development programme towards 5G (starting March to June 2022).

During the 18th Legislative Council Meeting in March this year, Dato Seri Setia Awang Abdul Mutalib said Brunei Darussalam’s broadband mobile speed is among the highest in the ASEAN region and based on a study by International Telecommunication Union (ITU), in terms of cost on broadband per capita use, the Sultanate is also among the lowest for mobile broadband. Within one and a half years, the broadband cost in the country has been reduced up to 60 per cent. Despite that, accessibility still needs to be improved, it was shared.