Her Royal Highness Princess Fadzilah Lubabul Bolkiah made an appearance in the Brunei Netball League 2021 as captain of the Falcons team at the multi-purpose hall of the Hassanal Bolkiah National Sports Complex in Berakas yesterday.

Falcons fell to a 52-48 defeat to Roses in the third and final match in the opening weekend of the league organised by the Brunei Netball Association (BNA).

The six participating teams were all in action with three games completed, with the other two matches held at 9am and 11am. 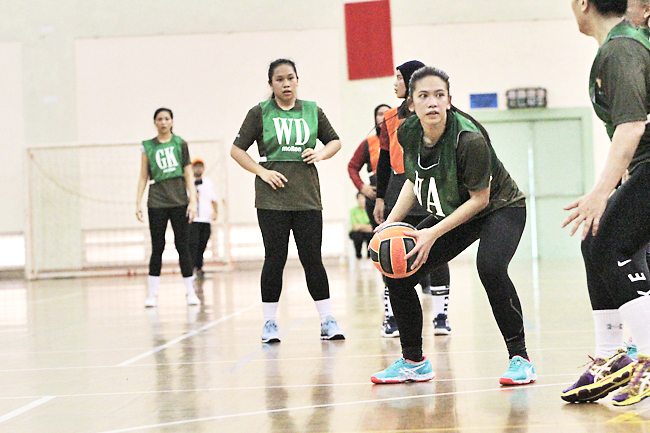 Hokage Warriors also enjoyed a winning start to their campaign after a 36-26 victory over Stingers in the second match.

Norroshafizah @ Norrosfatinah Zanuidi of Team Hokage Warriors was awarded the player of the match in recognition of her impressive performance in multiple roles as a centre, wing attack and wing defence.

The league continues on June 13 with Stingers taking on Roses, while Falcons will play Thundernets and Hydra meeting Hokage Warriors.