DUESSELDORF, GERMANY (AP) – Prince Harry and his wife Meghan arrived in the western German city of Duesseldorf on Tuesday where they promoted the Invictus Games, a competition for wounded, injured and ill service personnel and veterans.

The couple, also known as the Duke and Duchess of Sussex, were welcomed by the mayor and hundreds of cheering fans who had come to the old city where Harry and Meghan entered city hall for a reception.

The Invictus Games are expected to be held at Duesseldorf’s Merkus Spiel arena in a year’s time.

Harry founded the Invictus Games to aid the rehabilitation of service members and veterans by giving them the challenge of competing in sports events similar to the Paralympics.

Inside city hall, Harry expressed his respect for the participants of the games.

“Let us learn from their stories and experiences. Let us take strength from all for our daily lives and believe in the power of sport to achieve what can sometimes feel impossible,” he said. 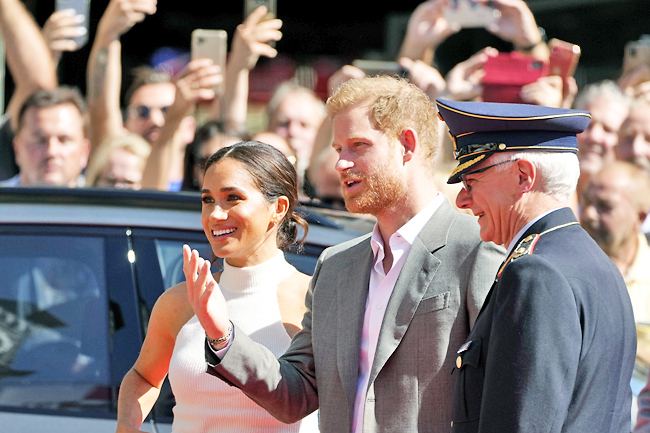