Presidents Cup players tamp down talk of US blowout

CHARLOTTE (AFP) – There’s a blowout expected this week at the Presidents Cup, but you wouldn’t know it listening to favoured Americans downplay their advantages and the Internationals talk of a stunning upset.

The United States (US) boasts 12 of the world’s top 25 golfers, for the team showdown that begins today at Quail Hollow.

The Internationals, who counter with five of the world’s top 30, lost half a squad with defections to the LIV Golf Series, including British Open winner Cameron Smith, the world number three from Australia.

They have eight rookies and a sense of nothing to lose, but it would be an epic shocker for them to defeat one of the best American lineups ever assembled.

“We have a higher-ranked team, but I know a bunch of those young guys on their team and they’re going to come in with a chip on their shoulder and together.”

Internationals captain Trevor Immelman is counting on both.

“They will be ready because they’ve got something to prove,” Immelman said. “This is the stage to find out if you’ve got what it takes or not.” 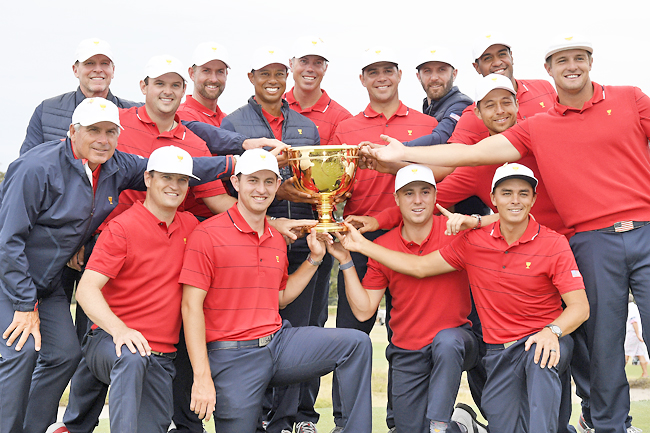