The Astronomical Society of Brunei Darussalam (PABD) retained Haji Mahadi bin Haji Md Tahir as its president for the 2021/2022 session during its 4th Annual General Meeting (AGM) in Kiulap yesterday.

The AGM began with an award presentation by PABD honorary advisors to two international awards recipients.

Making Space for All (MASA) proposal by PABD for the Telescopes for All by the IAU in June 2020 was awarded to Nur Bazilah binti Zainal. 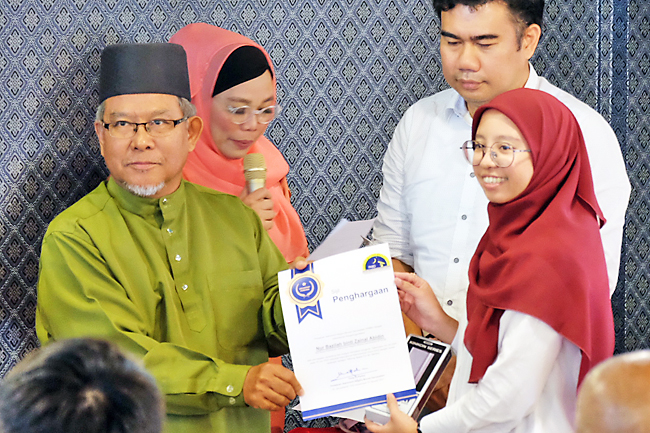