On the long stretch of road between Kuala Belait and Seria, around the panaga area, you can find thousands of solar panels laid in tight rows, turning the Sun’s bright rays into usable electrical power.

Solar power is one of the renewable energy pursuits of the government, following the trend of rising environmental awareness of the cost of using fossil fuels, not just within Brunei Darussalam but across the world.

The demand for sustainable, low or zero carbon energy generation is driving global initiatives, and the country isn’t going to be left behind, aiming to produce at least 30 per cent of its energy needs through solar energy generation within the next four years.

The BSP solar plant is said to be the company’s commitment towards its pursuit of energy diversification and de-carbonisation, as well as its support of the country’s solar ambitions.

Following the launch of the plant earlier this month, I spoke with BSP Head of Energy Transition Shirley Sikun to learn more about the facility and ongoing efforts being made to shift into renewable energy.

“I think this experience of constructing, operating and maintaining a solar plant, we have definitely learned a lot,” she said. “It is a learning process, and a journey.”

She said their team would need to take the time to think about what will come next.

There are 6,832 solar PV panels installed over four hectares for the facility. The panels are bifacial, meaning both the front and back surfaces of the panels are capable of generating energy, said Sikun, adding that they are using the facility to better understand the efficiency of the panels, which is around 20 per cent.

The project took over seven months to complete. “We started construction in August last year, but because of COVID-19, there was a lot of uncertainty around whether or not we can complete it on time,” she said, adding that they had always been aiming for having first power by the end of the first quarter of 2021. “We have met the schedule.”

As part of the company’s power grid, the plant can generate enough energy to offset some of their head office power requirements as well as some of the residential houses in the surrounding area.

“The power generated from this plant is equivalent of the power consumption of 600 homes, annually,” said Sikun.

The BSP solar plant isn’t the country’s first solar energy power plant. In the heart of Pekan Seria, the 1.2-MW Tenaga Suria Brunei (TSB) solar plant sits across a 200-square metre area. It was a joint collaboration between the Japanese Mitsubishi Corporation and the Brunei Government, and was used as a case study on the overall feasibility of solar energy in the country.

It is now operated solely by the Department of Electrical Services, Ministry of Energy, and can produce roughly 0.14 per cent of the country’s energy needs.

Sikun said that they are in constant communication with TSB, mostly learning about maintenance and operation of a solar planet.

Asked about challenges they face in operating the plant, Sikun shared that Brunei’s abundant rainfall made cleaning the panels to ensure peak efficiency is something that they will have to manage.

On the other hand, she believed Brunei Darussalam is an optimal location for solar energy generation. “The way we designed the layout is meant to capture both the morning and afternoon sun,” she said.

On the public’s perception of solar energy and what BSP can do to raise awareness on it along with other renewable energy available, Sikun said BSP has an internal group of volunteers, ‘Future Energy Lions’ educating the Belait community on sustainable living.

“We are in talks with Seria Energy Labs to think about how we can combine a programme where we can encourage students from higher institutions to walk through the solar plant and have a feel of what it takes to support the nation’s power needs,” she said.

In launching the solar plant, she noted that the skills from the oil and gas sector are transferable to the renewable energy sector.

“It is not ‘what you learn is not relevant tomorrow’. If you look at the solar plant’s project team, 90 per cent are Bruneians who were heavily focussed in oil and gas and are able to transfer what they had learned towards the solar plant.”

As such, she sees the emerging renewable energy sector as not a replacement of an existing skilled workforce but rather a complementary sector that can be easily adapted to the current skillset in today’s workforce.

While Brunei is an oil and gas producing country, and with the demand for both oil and gas present for some more years to come, Sikun acknowledged that changing trends around the world is moving towards a low carbon future and that the solar plant, built by the largest oil and gas company in the country, is a symbol of that transition. 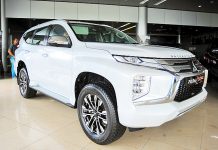 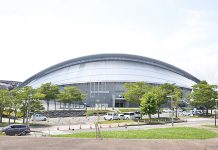 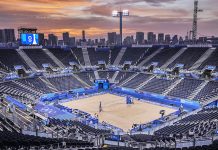 A pandemic Olympics, without all the crowds: What gets lost?