Preparing for a tech revolution

A new report and white paper from the World Economic Forum (WEF) were recently released, highlighting that there is huge potential offered by quantum technologies for finding solutions to complex global challenges, but also noting that the focus on cybersecurity risks is obscuring their application to threats of climate, hunger and disease.

According to a press statement, demand for experts is also outpacing available talent and companies are struggling to recruit people in this increasingly competitive and strategic industry.

The WEF’s State of Quantum Computing report and Transitioning to a Quantum-Secure Economy white paper, which draw on insights from global experts and decision-makers among the Forum’s Quantum Economy Network, are described in the statement as showing how business and government leaders can take action.

As the report explains, “Quantum technologies refer to a range of technologies based on our growing ability to see and control reality on a subatomic (‘quantum’) level to build sensors and an entirely new form of computing and communications. Quantum technologies are rapidly maturing, with an ever-growing number of governments and businesses launching strategic initiatives and collectively investing more than USD35.5 billion across multiple continents.

“Today, the technology is still in the research and development and demonstration phase, making it hard to predict exact time horizons and applications – leading to various beliefs and bets in the market.” 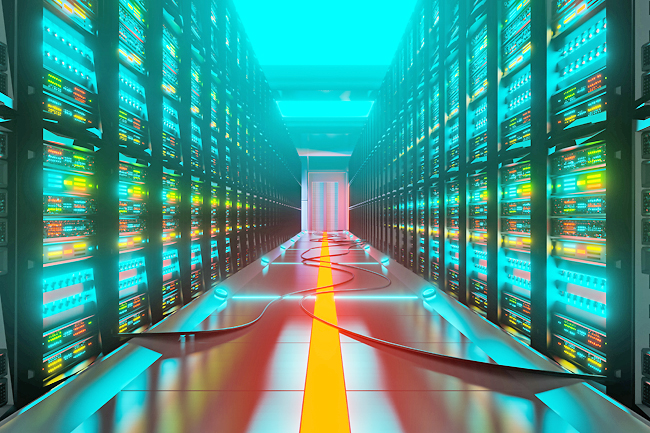 The report focusses on the computing aspect, “where the unique capabilities of quantum computers open the potential for tackling complex computation problems that, as a result of fundamental limitations in scaling classical computation, would be intractable with classical computing methods and unlocking new possibilities that have not yet been considered.

“Consequently, many expect that the impact of quantum computing will be as foundationally transformative as the onset of classical computing in the mid-20th Century. It also comes with risks, as quantum computers are expected to break the encryption used to secure modern digital communications, blockchain and some cryptocurrencies.”

The report highlights that quantum computing is expected to work best across three specific domains of research and industry, with significant economic, environmental and societal opportunities associated with them.

These three domains are: molecular simulation and discovery in materials science and biology; optimisation and risk management in complex systems; and a bi-directional impact on existing technology areas such as artificial intelligence (AI), security and blockchain.

“All in all, quantum computing is positioned to complement classical computing and be applied to certain tasks outside the reach of today’s supercomputers, carving out its powerful computational niche that didn’t exist before, eventually expanding modern research and development and business horizons,” said the report.

It proceeds to share that most quantum applications with provable advantage over classical methods (including breaking encryption) will require a large-scale quantum computer to realise.

“Different hardware platforms for quantum computing are currently being pursued internationally, at various stages of development and technical achievements.

“Yet, no platform has reached the required scale, speed and quality of computation to demonstrate an advantage over classical computers in a practical, real-life application.

Moreover, it is too early to say which platform will be the first to reach the needed scale, quality or when.

“At the same time, today’s imperfect quantum computers are suitable to run a subset of applications where a precise answer is not required and seeing trends or a likely direction is more important.

“This, coupled with cloud access now offered by many quantum computing providers, has allowed many more organisations to start experimenting with quantum applications.

“Given rapid technological developments, it is only a matter of time before an application that provides a real advantage with the available quantum technology is found.

“When this occurs, and what application can make best use of the available computational resources is the name of the game.”

The report further notes that while these activities receive a lot of attention, the current quantum computing achievements and future development rely on several enablers, including workforce readiness, standardisation and policy.

“Workforce availability is the critical bottleneck. Despite uncertainty over when quantum computers will be ready at scale, governments and businesses must act now, as quantum security risks and business opportunities cannot be ignored. This is a unique moment in modern history where everyone can prepare for the technology as it is being shaped and matured.

“Governments and academia can further work on scaling quantum workforce programmes and building national ecosystems, incentivising partnerships. For example, an excellent first step for businesses is to understand quantum computing’s impact on business and industry, assess their quantum readiness and formulate a quantum strategy, build internal capabilities, and align with top management and policy-makers on critical focus areas,” the report added.

Meanwhile, the white paper highlights that quantum computing promises transformative simulation and modelling capabilities across a diverse range of industries. It states, however, that these advances in computational power will also introduce significant risks via the potential threat of disruption to some widely used encryption standards.

“While definitive timelines for both quantum computing applications and the associated quantum cybersecurity threats have not yet fully materialised, organisations must act now to evaluate their readiness to adapt to the quantum threat.

“The quantum threat is expected to have a large and disruptive impact on the current digitally dependent economy. An orderly response is highly desirable over a reactive one. It is a business imperative that organisations start to think about what a secure quantum transition could look like and understand their cryptographic and data exposure to avoid disruption of business operations. The unknown timeline of this quantum risk – which could lead to a ‘not me, not now’ response – may impose a more significant impact than is necessary.”

The white paper provides guidance for a “secure quantum transition”, which it says, “organisations need to embrace now to avoid playing catch-up.”

To achieve this transition, the paper states that organisations need to build awareness around the quantum threat by educating senior leaders on the systemic impact. “The quantum threat feels far away and largely abstract for many organisations. To combat this, organisations will need to face what is known, but also accept there are implications that are still unknown. Conducting initial quantum readiness assessments will help leaders determine the specific threats their organisations face. Executive buy-in is key to ensure the quantum transition attracts appropriate investment and prioritisation.”

The white paper also highlights the need for organisations to plan and prepare by adopting a quantum-safe strategy and transition roadmap. “Addressing the quantum threat requires organisations to plan and create a timeline that sequences immediate, near-term (three to five years) and longer-term actions. Organisations should consider adopting a ‘crypto-agile’ posture, enabling them to readily transition cryptographic capability. This will help them prioritise a transition to quantum security as technology advancements and threat knowledge continue to evolve.”

In a statement, the Head of the WEF’s platform, Shaping Future of Digital Economy and New Value Creation, Derek O’Halloran said, “Quantum computing is a fundamentally new way of computing and could dramatically recast our ability to tackle climate change, hunger and disease.”

“Its economic promise and potential to render common cryptographic technologies obsolete make it geopolitically strategic. But the knowledge gap and uncertainties that come with an emerging technology make it difficult for decision-makers to act. The report and the white paper aim to demystify quantum computing and give business executives and policy-makers worldwide informed opinion for fact-based decision-making,” added O’Halloran.