The number of premature deaths due to cerebrovascular disease or stroke in the country has nearly doubled from 58 in 2016 to 93 in 2021, said Minister of Health Dato Seri Setia Dr Haji Mohd Isham bin Haji Jaafar during the World Stroke Day ‘Walk-a-Mile’ walkathon held at the Yayasan Sultan Haji Hassanal Bolkiah Complex’s Open Plaza yesterday.

The minister called the statistic “worrying”, adding that 400 new cases of stroke are recorded every year, with 65 per cent of cases aged 60 and above and 17 per cent are below the age of 45.

“In terms of risk factors of stroke, more than a third (36 per cent) of the adult population in the country were found to have high blood pressure. 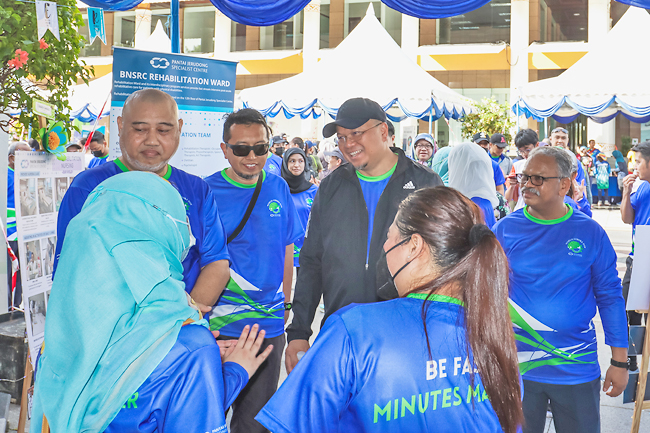 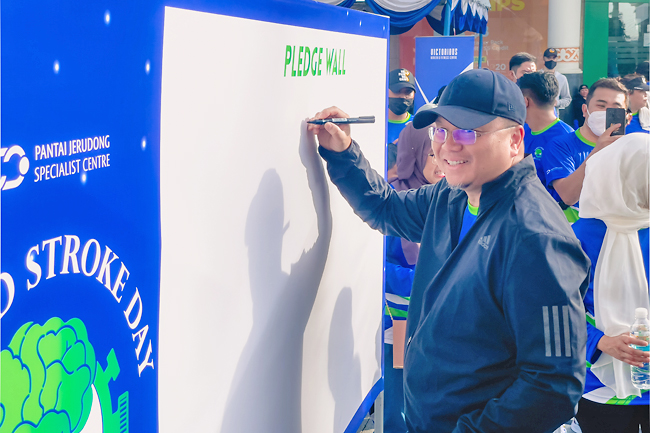 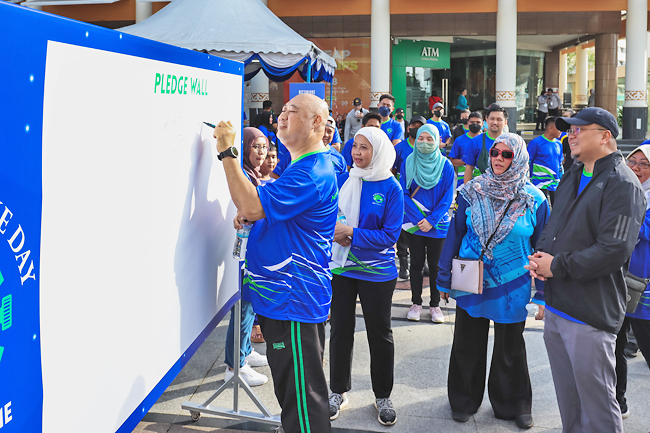 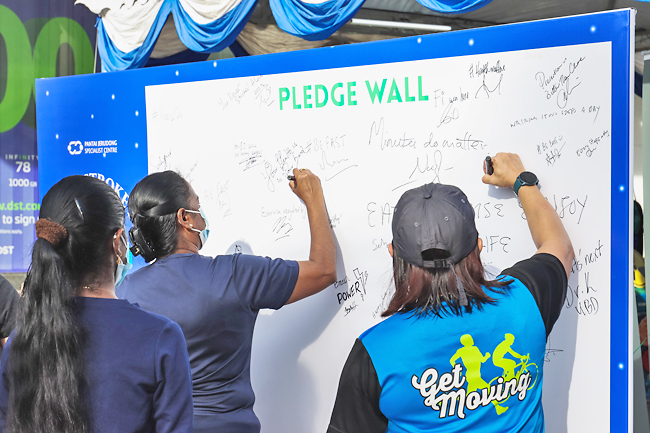 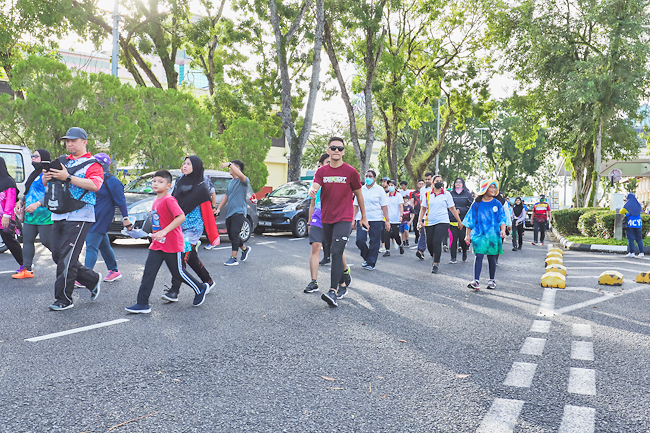 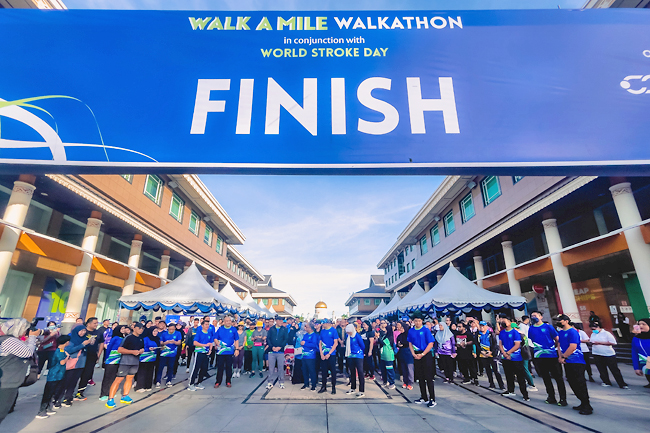 World Stroke Day is marked globally every October 29 to raise awareness among the public and stakeholders about stroke, said the minister.

MINUTES CAN SAVE LIVES

She said stroke symptoms are easy to remember with the use of acronyms such as BE FAST (balance, eyes, face, arms, speech, time to get help), adding that if a possible stroke is identified from the impairment of any of the faculties in the acronym, then it is important to get to the hospital or contact 991 immediately.

“Studies have shown that less than 20 per cent of stroke patients go to the hospital within the period of 4.5 hours required for treatment,” she said.

Pengiran Dr Hajah Siti Nur’Ashikin said in addition to early detection and treatment, it should be kept in mind that eight out of 10 cases of stroke could have been prevented by reducing risk factors and living a healthy lifestyle.

“We must together give hope and support stroke patients and their families and not alienate them,”

she said. “BNSRC will continue to strive towards strengthening of stroke care in Brunei Darussalam to an international level guided by the World Stroke Organization’s roadmap.”

She said the comprehensive plan from the roadmap covers all aspects of stroke from pre-hospital care to long-term recovery and reintegration into the community.