He expressed, “I am honoured to be invited to be in the celebration attended by His Majesty Sultan Haji Hassanal Bolkiah Mu’izzaddin Waddaulah ibni Al-Marhum Sultan Haji Omar ‘Ali Saifuddien Sa’adul Khairi Waddien, Sultan and Yang Di-Pertuan of Brunei Darussalam and members of the royal family.”

Pehin Kapitan Lela Diraja Dato Paduka Goh King Chin who was never a student at CHMS BSB and only an alumni of Chung Hwa School Tutong was impressed with the school’s progress and development in the past 100 years.

Impressed with the performance at the anniversary celebration, he said this was the best performance he has seen so far, compared to the previous celebration.

“The success of the performance can be attributed to CHMS BSB Principal Kho Guik Lan, teachers who are from diverse backgrounds and rich in many cultures and the school’s committee.”

The 30 minute performance saw students and the school’s alumni depicting the passage of time from the establishment of the school to the present. 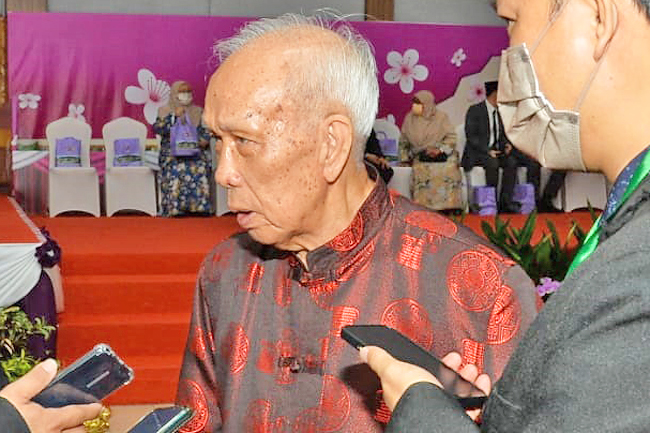 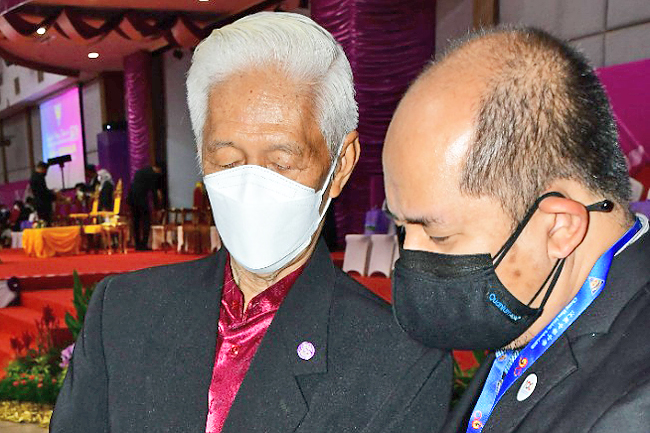 Former chairman of the CHMS BSB Board of Directors and a past student Ang Swee Chuan said they studied in a wooden classroom which was not as comfortable as today’s classrooms. “I was studying at the primary level. On that day, the Mandarin was the only language used for teaching. The school started to teach in Malay and English languages in the 1970s,” he said.

Ang added, “CHMS BSB is working closely with the Ministry of Education (MoE) in supporting the national education policy. This is very important. It is also important for CHMS BSB to continue to teach the Mandarin language and the Chinese culture, especially among the Chinese community.”

Lim Eng Loke, 80, recalled, “I was studying in a wooden classroom. Life was simpler back then and it was always fun to be in school  with friends.” Lim was also a teacher at CHMS BSB in the 1980s.

Comparing then and now, he said students and teachers had more interaction in the past.

“This is because students frequently asked teachers for help to solve questions. Currently, teachers and students don’t have much interaction. This may be because of the use of mobile devices.”

Earlier, CHMS BSB Board of Directors Chairman Ong Tiong Oh in his welcoming remarks said the school, has been working closely with the Ministry of Education in support of the National Education Policy which is to support the ministry vision – Quality Education, Dynamic Nation to equip the people with knowledge and 21st Century skills to contribute to the development of the country.

“The school has been frequently involved in activities at national level in shaping the students’ identity as citizens and residents of Brunei Darussalam. The involvement of corporate members and the public also contributed to the success of this school.”

The learning of Islamic Religious Knowledge and Jawi writing, as well as emphasis on the five aspects of education – mental and physical formation, strengthening of social values, morals and aesthetics has also been given serious attention, Ong Tiong Oh said.

He added; “Also given priority is studies being conducted in Malay, English, and Mandarin. As a school that has marked a century, to remain relevant and effective in providing educational services, it is necessary to take steps to face the challenges of changing times, while continuing to firmly instil the values of Brunei.”