Potter gets early introduction to issues he faces at Chelsea

LONDON (AFP) – Graham Potter got an early indication of the reasons Thomas Tuchel was sacked as Chelsea were held 1-1 by Red Bull Salzburg in the English coach’s debut in the Champions League.

The Blues have just one point from their opening two games in Group E and Potter has little time to settle in ahead of a crucial double-header against AC Milan next month.

However, Potter does have 16 days before Chelsea play again to get his ideas across after their match with Liverpool this weekend was postponed due to policing arrangements around Queen Elizabeth II’s funeral in London.

Even in the heyday of the Tuchel era when Chelsea won the Champions League in 2021, goals were not free-flowing.

In eight games this season, the Blues have scored just nine times.

Raheem Sterling has four of them, including the first goal of Potter’s reign, as the England international has quickly delivered on his GBP50 million (USD58 million) move from Manchester City.

But Chelsea need Pierre Emerick-Aubameyang to do likewise despite the shock of seeing his reunion with Tuchel last just one game.

The former Arsenal captain was replaced just after the hour mark on Wednesday by Armando Broja, who impressed during a loan spell at Southampton last season. 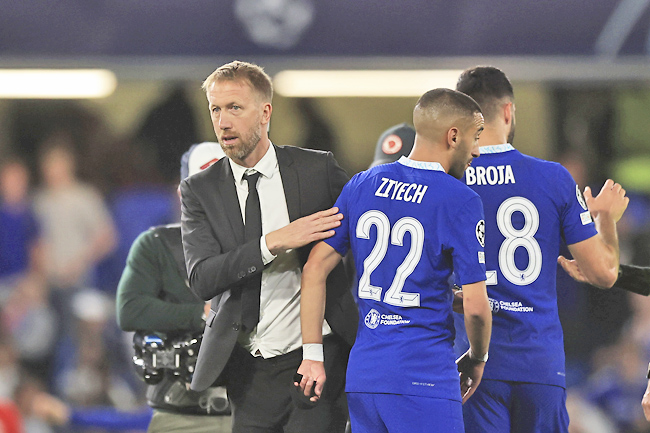