The United States (US) sees tremendous potential in Brunei Darussalam, whether it is in the military, diplomatic or economic relationship opportunities in the Sultanate.

During his two-day visit on June 13 and 14, US Department of State Counsellor Derek Chollet spoke with members of the local media on some of the aspects the US is looking forward to with Brunei.

After meeting with business leaders in the country representing and working with American businesses such as Burger King, FedEx and Under Armour, Counsellor Chollet said it’s one of the things that they are working hard to develop further in the Indo-Pacific Economic Framework (IPEF), which Brunei is a founding member of, along with 13 other countries and the US.

Chollet also shared that the defence relationship between Brunei and the US is also maturing, and one small example was the Palawan Warrior Exercise.

“Our defence cooperation is growing and it’s something that the US is very keen to develop further,” he said, adding that the two countries’ diplomatic ties are also growing significantly as the US-Brunei relationship between the State Department and Brunei’s Ministry of Foreign Affairs keeps regular contact via phone call, in-person meetings in Washington and Brunei, and other meetings in the region.

“We see a lot of potential in this relationship. We’ve done a lot of good work together already, but we are confident we can do more,” he highlighted. 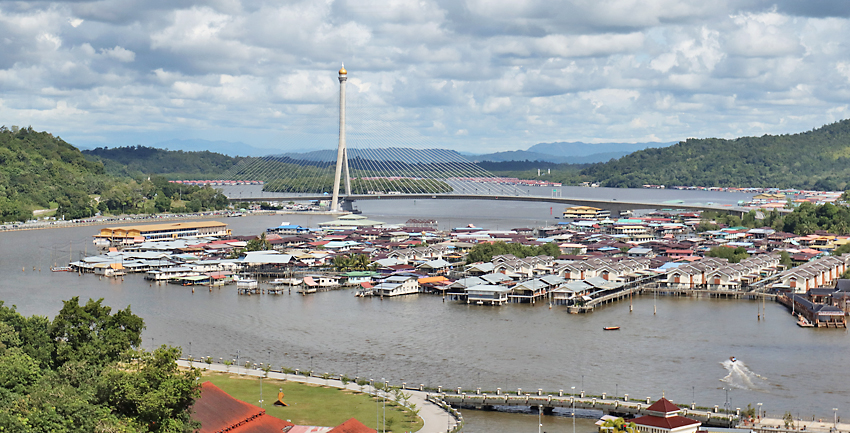 They had discussed at length the situation in Myanmar following the minister’s leadership and expertise on the issue, the bilateral relationship and the important work being done together, whether it is to ensure the maintenance of visa-free travel to building cultural and people-to-people exchanges as well as increasing Fulbright scholars.

The counsellor shared that they also spoke about issues such as Russia and Ukraine, regional challenges, climate change, and a whole waterfront of issues that are reflective of the strong diplomatic ties and the leadership role that Brunei plays regionally and increasingly throughout the world.

In relation to Myanmar failing to deliver the five-point consensus, Chollet explained that it has been a central part of their discussions over the past week in Thailand, Singapore and Brunei.

“I want to applaud Brunei’s leadership of ASEAN last year during a difficult year with the coup in February 2021, and leading ASEAN to make some very important decisions including by adopting the five-point consensus by appointing an ASEAN Special Envoy and by guiding ASEAN to make the very difficult decision to not allow Myanmar to be represented at a political level and Ministerial Summit meetings.”

He added that one of the issues they had been discussing over the course of the meetings is how they can strengthen the five-point consensus, as well as how they can better cooperate with one another.

Chollet said there are a lot of shared concerns, but also mutual hopes that can be seen here in Southeast Asia for a strong relationship with the US, and it is Washington’s responsibility to ensure that the US is present, showing up, engaging with ASEAN friends in person, but also welcoming them to visit Washington.

Touching on his meeting with civil society leaders in the Sultanate, Chollet said he was very impressed with the richness and energy in the civil society as they tackle many of the same issues that are faced in the US and other countries when it comes to equity and celebrating diversity, building the next generation and tapping into the tremendous amount of talent here in Brunei.

“I came away inspired by what I heard from civil society players, the sacrifices they are making, the leadership they are demonstrating to help make Brunei better, and there’s a tremendous amount of patriotism from civil society leaders that I had a chance to meet, and an incredible sense of optimism as well.”

He added that he was impressed and even more hopeful about the future.

On his thoughts of Brunei, Chollet said that with the pandemic hopefully remaining in the rear-view mirror and people able to travel more frequently, they look forward to welcoming Brunei friends to the US and hope to draw more Americans to Brunei.

The Counsellor of the US Department of State is an Under Secretary-level principal officer who serves the Secretary as a special advisor and consultant on major problems of foreign policy and who provides guidance to the appropriate bureaus with respect to such matters.

The counsellor conducts special international negotiations and consultations, and also undertakes special assignments from time to time, as directed by the Secretary.