KUALA LUMPUR (THE STAR) – The remains of Malaysian singer and actress Adibah Noor Mohamed Omar (The Star; pic below) were laid to rest at the Taman Keramat Permai Muslim Cemetery in Kuala Lumpur yesterday.

The final rites were conducted at the Al-Ansar Mosque. A sombre atmosphere greeted the arrival of Adibah’s remains at the cemetery and those present could not hold back their tears.

Singer Nikki Palikat said Adibah was like a sister to her who often advised her to take care of her health.

“She told me to prioritise myself and shared that while doing a show, she had experienced sudden bleeding but could not find anything wrong when she went for a check-up.

“But it was an early sign of cancer. We didn’t expect (that she had cancer) because she was always cheerful,” she told Bernama.

Actor-director Hans Isaac said Adibah was a person with a positive outlook who would always support his works.

Adibah breathed her last at the Gleneagles Hospital at 7.45pm on Saturday due to stage four ovarian cancer. 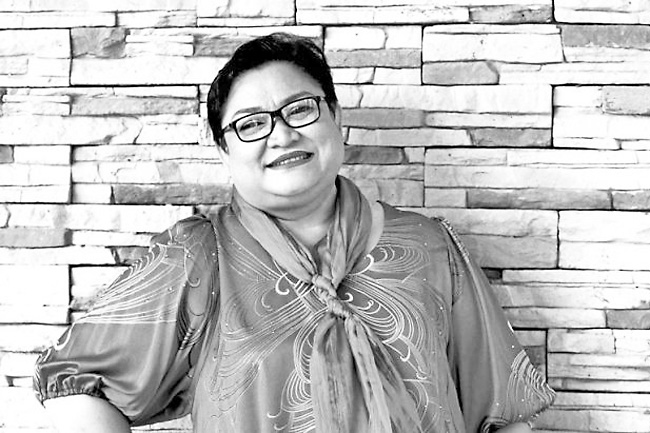