Popcorn at the ready

If you’re unsure of what to watch this month – here are some of my top picks for shows and movies, including Netflix originals everyone’s got high hopes for.

LOVE IN THE VILLA

Kat Graham (How It Ends) and Tom Hopper (The Umbrella Academy) co-star in this new romantic comedy based on an original screenplay by Mark Steven Johnson, who also directed.

Filmed in Verona, Italy this movie was filmed between September 2021 and January 2022 and is about a young woman who ventures out on vacation after a breakup but finds the apartment she is due to stay in is double booked.

Season five of Cobra Kai is here. This show has easily captured the attention of millions of fans since the series first dropped. What makes this show so popular is its generational satire.

Its wholly unapologetic embrace of 1980s tropes is not only hilarious, but wildly nostalgic.

30 years after the events of the 1984 All Valley Karate Tournament, Daniel LaRusso (Ralph Macchio) and Johnny Lawrence (William Zabka) are still at odds. Well, sort of.

This new season sees Terry Silvers trying to coin the “No Mercy” style of karate as the only name in the game, Johnny with some repenting to do, and Daniel is reaching out to an old friend for help. 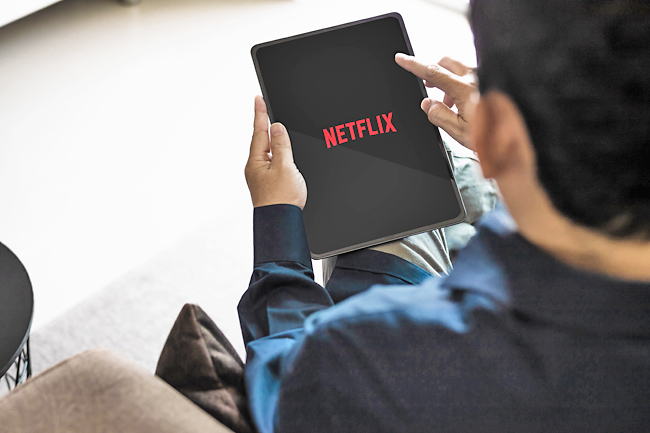 The story revolves around two friends who build a huge empire that produced fake IDs and how that empire eventually falls and puts their friendship to the test.

From Oscar-nominated director Dan Krauss, The Anthrax Attacks tells the lesser-known story of the 2001 anthrax attacks in the United States (US), in what became one of the worst biological attacks in US history.

This documentary feature uses an expertly weaved combination of scripted reenactments based on FBI field notes, interviews, and emails to share the horrific tale of the week following the September 11 terrorist attacks.

From the science behind the deadly poison, obsession, paranoia, and the war on terror, this BBC Studios Production documentary aims to give a voice to investigators, survivors, and families of those infected to tell their stories on the invisible enemy.

Brought to you by co-writer of Thor: Love and Thunder, Jennifer Kaytin Robinson delivers a dark comedy dripped in high-school treachery featuring the most fearsome protagonists of all: teenage girls. Drea (Camila Mendes) and Eleanor (Maya Hawke) take out their grievances on each other’s ex-boyfriends and ex-friends in a despicable but highly enjoyable secret alliance switcheroo.

Blonde is the over-the-top, NC-17 rated Marilyn Monroe biopic starring Ana de Armas (Knives Out) and directed by Andrew Dominik (The Assassination of Jesse James by the Coward Robert Ford) based on the 1999 novel by Joyce Carol Oates. It looks terrific and fascinating, a glossy, trippy exploration of Monroe’s fame and misfortune.

In 2018, the world watched anxiously as a dozen boys from the youth football team the Wild Boars and their coach were rescued from a flooded cave in Northern Thailand.

Now, you can watch the whole drama unfold before your eyes in a brand new series by Netflix that follows the team on their harrowing trip to the Tham Luang caves.

Little Women, Louisa May Alcott’s classic novel, has been adapted into a Korean drama and already it has garnered fans everywhere.

Starring Kim Go-eun, Nam Ji-hyun and Park Ji-hu, the show tells the story of three wildly different but connected sisters who are going head to head against the richest and most influential family in South Korea.

We all love a good crime drama and Netflix is here to deliver with Narco-Saints, also known as the most expensive Korean drama ever made per episode. The series stars Ha Jung-woo, Hwang Jung-min and Park Hae-soo and tells the story of a Korean businessman who sets up a shop in Suriname in South America and unexpectedly becomes involved in the local crime scene.

INSIDE THE WORLD’S TOUGHEST PRISONS (SEASON 6)

One of Netflix’s grungiest documentary shows is back for its sixth season. Once again, former inmate Raphael Rowe is back and volunteers to go behind bars at some of the most dangerous prisons in the world.

This season, we travel to Bosnia and Herzegovina, Cyprus, Greece and Moldova to get an inside look at how prison systems operate around the world.