RAPA NUI, CHILE (AP) – The causes are worthy, the course is daunting – almost 500 kilometres across a stretch of the Pacific Ocean in a large canoe.

It’s the Hoki Mai challenge, which started on Saturday in Rapa Nui, a territory in the Pacific that is part of Chile and is better known as Easter Island.

The event consists of a canoe voyage in which nine Rapanuis, two Chileans and one Hawaiian seek to raise awareness about the importance of women in the world, urge protection of the environment, and celebrate the union of the islands of Polynesia.

The 12 athletes have been training six days a week since mid-September, preparing for a voyage that will take them from Rapa Nui to Motu Motiro Hiva, another island in the mid-Pacific that belongs to Chile.

Bordes moved to Rapa Nui earlier this year, but he has lived in Polynesia for three decades, devoting much of his time to rowing.

“I am very grateful to all the Tahitians for teaching me their culture and how to row,” he said.

“I came from France, but they accepted me and allowed me to share this with them.” 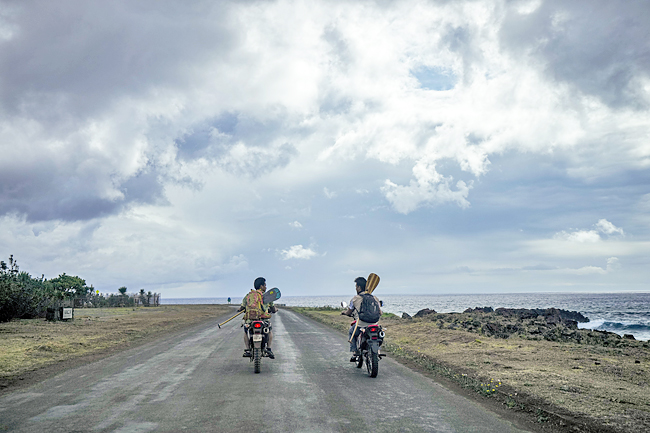 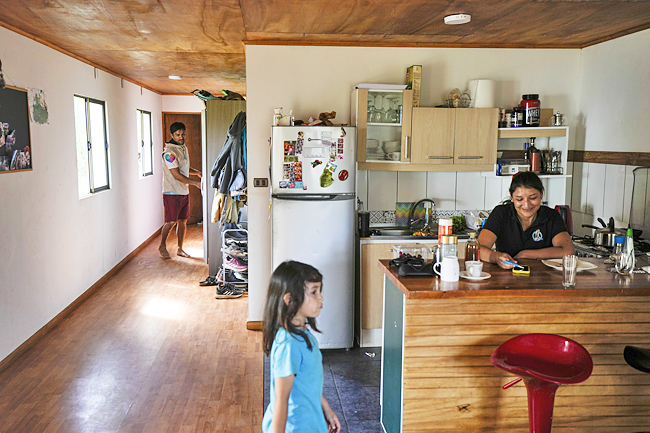 Hoki Mai pursues three goals. The first is to honour canoeing in Polynesia, which has been practised for centuries. The second relates to the environment. Motu Motiro Hiva – also called Salas y Gómez – is an uninhabited island, but its land and the surrounding waters have been affected by pollution.

The third purpose relates to gender equality. The team will carry a small female moai – one of the ancient statues that Easter Island is famous for – to raise awareness about the importance of women in the world. A bigger statue – carved by a local artisan for Hoki Mai – will be taken to Motu Motiro Hiva in March.

During the voyage, rowing will be done in relays: groups of six will row for about four hours, then be replaced by the next shift. Those who need to rest will do so in a Chilean navy ship escorting the canoe.

“The training has been hard, especially for those of us who are less experienced,” said Konturi Atán, a 36-year-old historian.

Atán said a crew member invited him to join a few months ago while he was out paddling a one-person canoe.

“He told me: I need you to come on Tuesdays and Thursdays to help us; we’re lacking enough people to train,” said Atán, who rowed with them, shared a meal, then said “yes” to joining the challenge.

On training days, they often started before dawn to get accustomed to the darkness they will face during much of the Hoki Mai.

Spirituality and sacredness are pervasive in Rapa Nui, including with cooking rituals and songs about their history. Sports also incorporates spirituality.

Several days before the trip, the canoe built for Hoki Mai was blessed with a “umu”, which involves cooking underground with hot stones in a sacred ceremony.

“We did it with a white chicken,” Atán said. “It is something spiritual. Eating a piece is a connection to our roots.”

Their cultural legacy is also linked to the moai, like the one they’ll carry with them to Motu Motiro Hiva.

The moai are perhaps the most recognisable symbols of Rapa Nui.

Carved in volcanic stone between 1000 and 1600 AD from the slopes of the Rano Raraku volcano, they represent the ancestors of the various clans whose descendants still inhabit Rapa Nui. They were placed on ceremonial platforms called “ahus” with their torsos facing the island to provide protection. They attracted international attention in October after a fire damaged dozens of them.

Ahus were built in some other places in Polynesia, but moais are exclusive to Rapa Nui. The bond between neighbouring islands is still strong. Rapa Nui, Tahiti, Hawaii and even New Zealand share language similarities and other features.

Now, with Hoki Mai, there’s also an expectation that those ties expand beyond Polynesia.

That’s why the Rapanui and the Hawaiian will row with two “continental” Chileans, as the locals identify those who come from the Chilean mainland in South America.

“The idea of the canoe is also union,” said Gilles Bordes. “Six people doing the same thing to go forward. The union of cultures. That is why people from Chile are going to row, to show that together we can move towards a better future.”