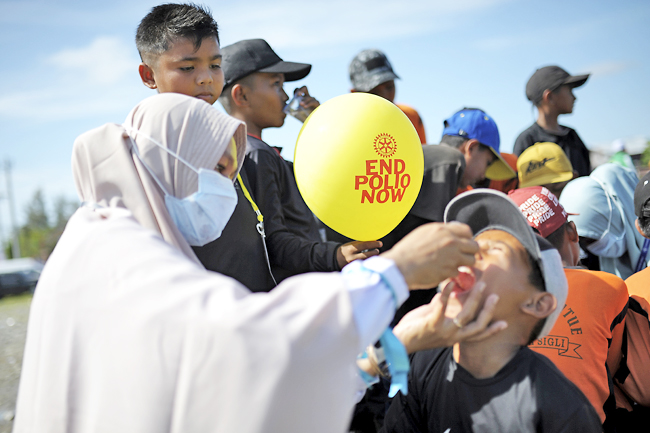 PIDIE, Indonesia (AP) – Children in school uniforms and toddlers with their parents lined up on Monday for polio vaccinations in the Sigli town square on the northern tip of the Indonesian island of Sumatra, after four children were found infected with the highly contagious disease that was declared eradicated in the country less than a decade ago.

The virus was first detected in October in a seven-year-old boy suffering from partial paralysis in the province of Aceh near Sigli, and since then three other cases have been detected, prompting the mass immunisation and
information drive.