KUALA LUMPUR (BERNAMA) – Police seized an assortment of drugs worth around MYR95,000 and arrested a man in a raid on a house at Jalan Gombak Batu 6 recently.

“Early investigations found the suspect had a previous criminal record related to drug offences and that he tested positive for syabu and amphetamine,” he said in a statement yesterday.

He said the suspect was remanded for seven days beginning yesterday till next Tuesday to facilitate investigations under Sections 39V and 15(1)(a) of the Dangerous Drugs Act 1952. 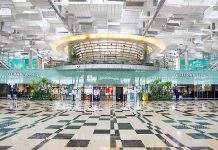