UPI – Police in British Columbia responded on Thursday to a report of an alligator loose inside a high-rise condo building, but arrived to find a realistic sculpture.

Vancouver Police Department Constable Jason Douchette tweeted that officers were dispatched about 7am on Thursday to a condominium building in which a woman reported she was hiding in a stairwell from a loose gator inside the building.

Douchette said officers were relieved to discover the alligator was a “realistic fake” – a gold-coloured sculpture.

He said the sculpture, while the wrong colour for an alligator, was sufficiently detailed to cause a person to panic.

“Running up (a) secluded stairwell, rounding the corner and suddenly coming face to face with this… ‘clean up, aisle one’ for me,” he wrote. 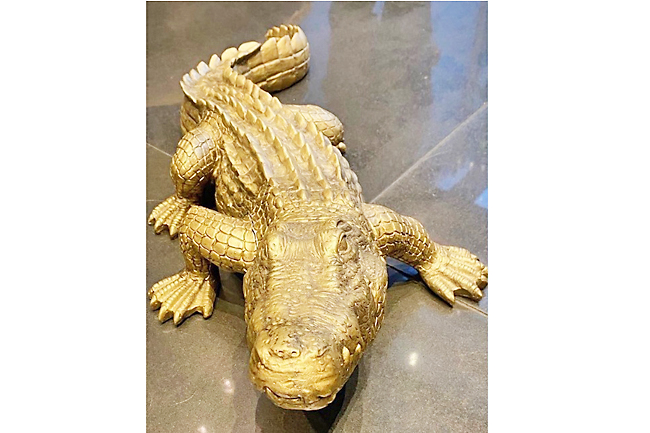