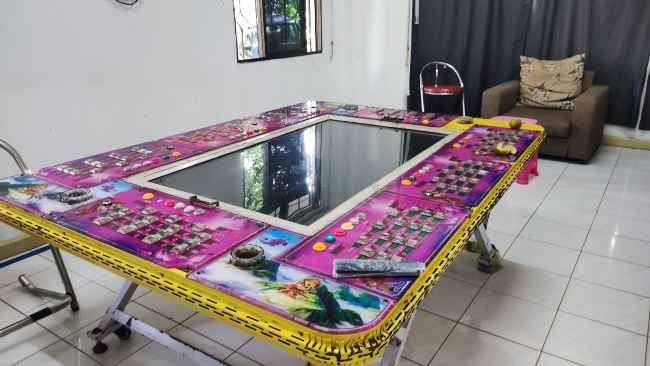 Five males and a female aged 37 to 55, tried to flee from the law when police personnel rushed into a house suspected of being used as a gambling den.

The suspected gamblers’ escape attempts were in vain as they were detained by the Royal Brunei Police Force (RBPF).

The arrests were made during a raid of alleged gambling activities at a house in Kampong Kiarong at 4pm on Monday. The raid was carried out by personnel of the Anti-Vice and Gambling Suppression Unit of the Criminal Investigation Department (CID), according to the RBPF.