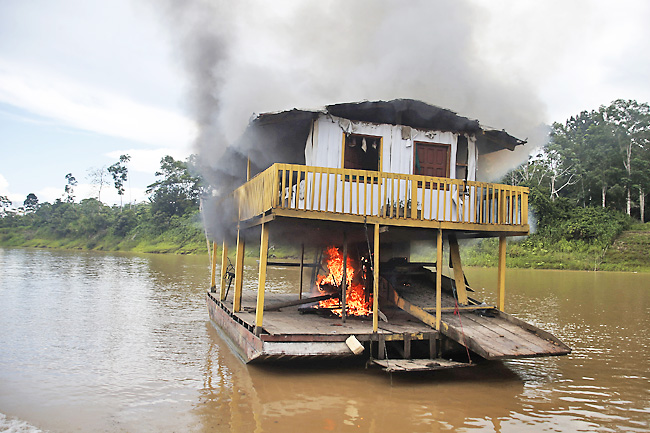 BORBA, Brazil (AP) – Brazilian police said on Monday they burned 131 boats used by gold miners in the heart of the Amazon, raising tensions in an isolated region rife with poverty and crime.

Smoke has been wafting over the Madeira river since Saturday, with many locals complaining the swift action by authorities has left them stranded in the rainforest.

Brazil’s Justice Minister, Anderson Torres, confirmed on social media that the boats had been burned in what marks a change in direction for the administration of President Jair Bolsonaro, which has often sided with gold miners and argued they should be allowed to tap natural resources.