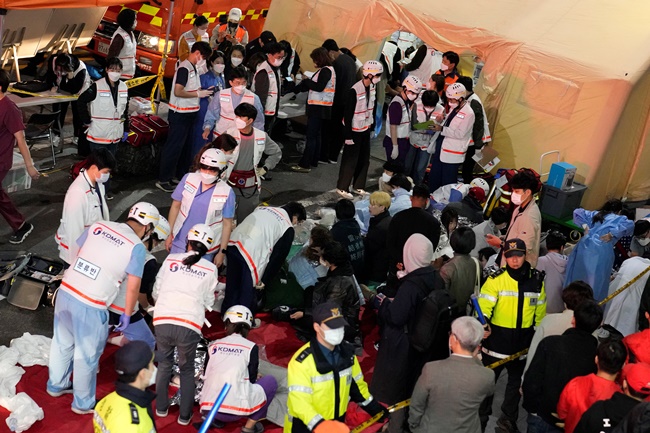 Scores of young costumed partygoers, mostly women in their 20s, died in the disaster on October 29 in the capital’s popular Itaewon nightlife area.

A special team that spent months combing through evidence and interviewing officials, said at the end of its probe that there had been massive planning and response failures – but stopped short of blaming any top government or national policy agency officials.