WARSAW, POLAND (AP) – Poland’s minister for ties with the European Union (EU) resigned yesterday, saying it was in agreement with the prime minister, amid the government’s fractious relationship with the 27-nation bloc and domestic tensions.

Konrad Szymanski’s (AP pic, below) departure was interpreted as a weakening of the team of Prime Minister Mateusz Morawiecki at a time of rising tensions inside the government over the energy crisis and ways of countering inflation and the rising costs of living.

Poland’s right-wing government has various disputes with Brussels, the main one being over its rule-of-law and democracy record, leading to a freezing of EU funds for Poland’s pandemic recovery.

“It is not good when a relatively pro-European minister goes and will probably be replaced by someone decidedly more anti-European,” said opposition left-wing lawmaker Lukasz Kohut.

Szymanski, who had held the post of minister for EU affairs since 2019, told reporters that while “governments change, it (Poland) is one country” and its interests and position in Europe should remain unaffected by the political changes. 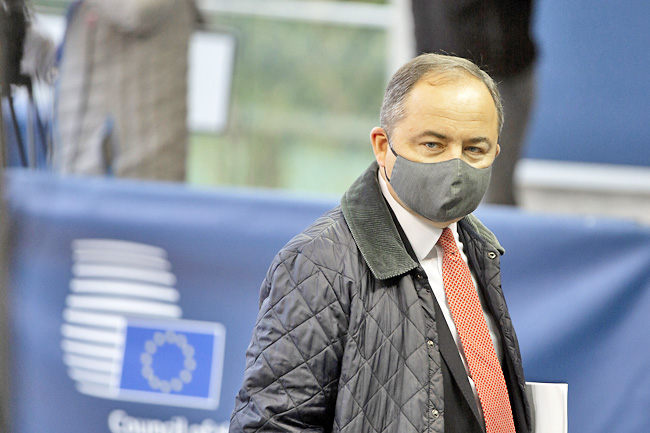 “I am convinced that my successor will have the same experience, professionalism and dedication to the cause and will be pursuing a policy that will be in line with Poland’s interests in the EU,” Szymanski said.

The government insisted the emails were fake, but some circumstances and persons mentioned in the emails suggested they were authentic.