THE WASHINGTON POST – The Pokémon mainline games have been in desperate need of a shake-up. Originally, I thought the solution might be for the franchise to move on from series developer, Game Freak – hardly a new idea among Pokémon fans. Then, recently they announced Pokémon Legends Arceus. It’s not a mainline game, but the announcement alone has changed my perspective.

The title, which looks to be the next in the Let’s Go line of Pokémon games, addresses every criticism I had about Game Freak’s design philosophy for Pokémon. Recently, the mainline games have felt like hollow copies of the original generation’s charm and soul, introducing new concepts that are subsequently thrown away in sequels and putting players through the same, repetitive rigmarole on the way to becoming a champion. Twenty-five years in, nothing had really changed in terms of how players engaged with the gameplay in the mainline Pokémon titles.

The game appears to take aesthetic inspiration from Breath of the Wild, and is an entirely new story told in the Sinnoh region, where fourth-generation games Diamond, Pearl and Platinum took place. You play during an ancient era, and are told to develop the Sinnoh region’s first-ever Pokédex, an encyclopedia logging every type of Pokémon. The almost watercolour-like graphics are supplemented with an open world seemingly much bigger than anything we’ve experienced in Pokémon before.

From the short clips in the trailer and the Pokémon Presents live stream February 26, we can see that the mechanic for capturing Pokémon is similar to that of the Let’s Go, Pikachu and Let’s Go, Eevee series. Wild Pokémon roam the open world. Instead of tiring out Pokémon through the tried-and-true battle system, players simply toss a Pokéball, aiming to clear certain precision and timing benchmarks. Moreover, catching Pokémon is now seamlessly integrated into the open world, a first for the series. The battle system – which looks relatively unchanged from the mainline games – appears to be returning, alongside some new features, like rolling and sneaking through tall grass to get the jump on unsuspecting Pokémon.

While the major details are still unknown, this game feels more fresh and exciting than the other game revealed in the Pokémon Presents live stream, Brilliant Diamond and Shining Pearl, a fourth-Gen mainline game remake that takes everything the originals had and applies a Sword and Shield style graphical overhaul.

This stark contrast raises an interesting point: Pokémon Legends Arceus isn’t a mainline title. Where’s this ambition in design with the mainline games?

When I played through Zelda’s Breath of the Wild a few years ago, I – like many other players – was taken aback by how radical a departure the game was from other Zelda games. Breath of the Wild feels like an inflection point – a stark evolution of the franchise, taking typical open-world tropes and flips them. Gone are the cluttered maps that entice players with menial tasks. Instead, the player is driven simply by their own curiosity. The staples of the franchise’s gameplay are still here. You still have hearts, still go on a quest to defeat Ganon and still need to rescue Princess Zelda while traversing perilous obstacles and solving puzzles in dungeons. What changes in Breath of the Wild is how players engage with those components. Gone are the linear dungeons, guided by epic narratives to drive the player forward. In Breath of the Wild, you drive yourself forward. In some ways, it is a game with all the same key components as prior Zelda games. But in other crucial ways, it feels like a wildly different, evolved experience.

In the most recent mainline Pokémon game, Sword and Shield, the major components of Pokémon’s gameplay are also still there. You’re still picking one of three starter Pokémon, battling your rivals, catching Pokémon to create teams of six, taking on eight challenges, battling four elite trainers, defeating a villainous organization and becoming the champion. But is the way you engage with those components any different?

The sixth-Gen’s online features, the seventh-Gen’s island trials, the eighth-Gen’s sports league and countless other examples from Game Freak’s Pokémon have been set dressing, covering up the same modes of engagement. There hasn’t been a real evolution for Pokémon games, certainly not to the extent that Breath of the Wild evolved Zelda games. The closest Pokémon has ever come to that were the short open world sections in Sword and Shield, but even those failed to truly switch things up. Since wild Pokémon have a different level ranges in different sections of the open world map, players are yet again funneled into a set path of progression – the same way we’ve engaged with every other Pokémon experience.

I can’t help but look at Nintendo games from other franchises, such as Breath of the Wild and Mario Odyssey, and think: How come those Nintendo franchises have ambitious, evolving designs that change how players interact with their games while Pokémon doesn’t? I thought the hindrance was Game Freak. Now, I’m not so sure.

There have always been creative ideas floating around the Pokémon universe for changing how players engage with the experience. Pokémon Snap is an interesting examination into how Pokémon biologically interact with their ecosystems; it puts the pop-in Pokémon models of Sword and Shield’s open world sections to shame. The unique storytelling in Detective Pikachu, both the game and movie, offers an interesting perspective on the Pokémon world that the mainline games haven’t come close to touching. And twists on gameplay in titles like Pokémon Colosseum, XD Gale of Darkness or the even the hit-or-miss Mystery Dungeon series eclipse the creativity of any new mechanic Game Freak has abandoned in their games.

But with Pokémon Legends Arceus I finally see that creative ambition coming directly from Game Freak. Now it’s time to stop pressing the “B button” on the mainline games, and let them evolve into something new. 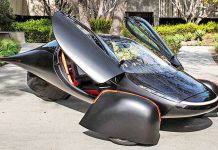