A home for aspiring storytellers to grow and find their niche in the creative arts, Medley House Production aims to become a platform for individuals to feel safe in creatively expressing themselves.

Their recent production Director’s Cut: Take One brought together three plays: The Origin of the Solar System, a story revolving around the early millennia of the Solar System; What the Heck Bill, which is about two estranged brothers and the importance of appreciating moments with loved ones; and Troubleshoot, which is about the dynamics between a robot and its creator.

In Director’s Cut, the group brought together 12 local youth who took to the stage for a night of three original productions at Ruang, Yayasan Shopping Complex.

According to Project Manager and Producer Insan Mardini, Director’s Cut is a new initiative to grow aspiring storytellers into professional playwrights, guiding them in writing captivating tales and helping them breathe life into their stories. “This came about because of a moment where we wanted to step away from writing dark stories or community stories and instead explore other things as this year is Medley’s ‘Season of Hope’,” said Insan.

He explained that the group wants to instil a hopeful nature in the Bruneian audience for 2020 as the world is not that dark or oblique, through teaching people how to write stories about appreciation, family, friends and freedom.

“We’re a home for storytellers. We’re trying to cultivate these storytellers and teach them world-building, storytelling and the structures of stories and scenes, whether it’s for film, theatre or stage.

“Whatever medium it is, essentially we want them to be able to tell stories first,” added Insan.

Starting off as a “by the students, for the students” initiative during their university years, the group evolved its perspective to “by the community, for the community” with the aim of helping people take the leap into storytelling as they believe that is the hardest step.

“People have stories, people want to act, people want to perform, and people want to direct, but they don’t have that platform, so we want to be that home for them to learn safely and express as much as they can so they feel safe to cultivate their ideas,” said Insan.

Danish added that they are not the first to do productions, but what is unique about Medley is the original stories they produce, based on experience and their own ideas with more Bruneian material.

“We want to hit closer to home,” said Amirah.

“It’s a very holistic view of the arts because when we came together, we had these different skills, which were a medley of skills, and that’s how the name came about.

Some of us did art, some were more into theatre acting, and some were musicians and dancers,” Danish highlighted.

“When we all came together it just turned into an amazing platform for ourselves and hopefully others,” he added.

With a lot more planned this year, the group looks forward to teaming up with other communities, non-government organisations and government bodies, aspiring for a variety of things as a group and individually.

Danish, who took his first step into directing, hopes to write and direct more, while Amirah sees Medley as a medium for her to discover herself and her dreams.

As for Van, she wants to create awareness in the community through Medley when she spearheads the next production focussing on eating disorders.

“We want to show them that the creative arts industry in Brunei is still alive and growing, and whoever has passion or wants to pursue it can come to us,” said Insan.

“We want to be problem solvers for community issues in Brunei and globally,” he added.

“We want to talk about issues creatively and artistically because personally, I feel like that’s the reason art exists as an expression. It’s where we can express issues, problems or anything within, creatively.” 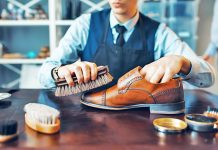 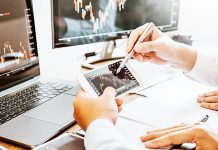 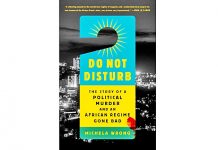