The plant exchange – the first of its kind in the Belait District – attracted over 30 gardeners who brought over 70 potted plants, plant cuttings and other materials to the NBT showroom in the Kuala Belait Industrial Area.

“We are proud to host the first Kuala Belait plant swap. Overall, we are pleased with the turnout,” Toyota Kuala Belait Sales Manager Arif Aliudin said. He added that the activities were also meant to draw visitors to the showroom to test drive Toyota vehicles, as well as a chance to win the coveted Variegated ZZ Plant, which costs an estimated BND100. Shopping vouchers worth BND5 were also available for those who took a test drive, enabling them to spend at the participating vendors.

KB Plant Swap participant Wardi Wasil said he traded the plants he brought to the event. “It is a nice initiative to set up a public plant swap. Nowadays, people are actively swapping with family and friends to add on to their collection. I am satisfied with my current plant collection, and I would rather talk and have fun with like-minded people,” he said.

Another sought-after plant was a Philodendron Pink Princess, which was also up for grabs. It was won by Salmiah Sabtu, whose name was drawn by Arif Aliudin.

Visitors who participated in the test drive were eligible for the Toyota Mega 21 Test Drive Spree until June 16, with 21 prizes to be won. 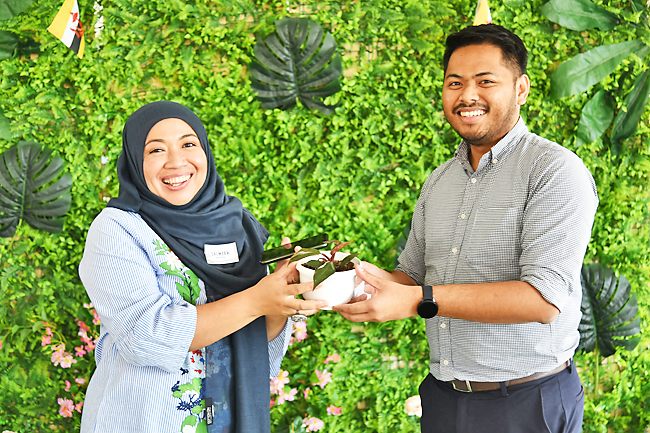