DOHA, QATAR (AP) – The World Cup stadium was designed to leave a minimal footprint in the Qatari sand. It’s now due to be dismantled.

Stadium 974 played host to seven matches, the last of which was Brazil’s 4-1 win over South Korea in the round of 16 on Monday.

The Qataris say the stadium will disappear, but it isn’t clear when that will happen. The Gulf country will soon stage an Asian Cup, the multi-sport Asian Games and maybe even an Olympics.

A look at FIFA requirements for World Cup stadiums and what happens next for Qatar’s venues.

WHAT DID QATAR NEED? 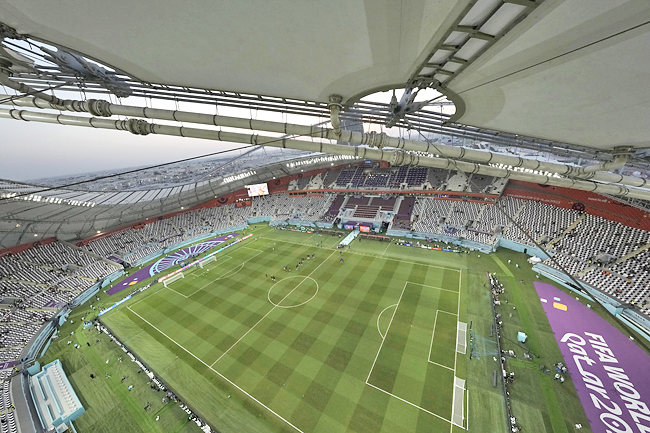 Qatar had a 12-stadium plan when it bid for and won the hosting rights in 2010.

About three years into its long preparations for the 2022 tournament, that project plan was cut to eight stadiums. Seven of them were built from scratch, and the Khalifa International Stadium was renovated before hosting the 2019 world championships in track and field.

FIFA accepted this because Qatari football simply didn’t need so many new venues. Nor did Qatar need such big venues for its domestic games in the 12-team Qatar Stars League, where games typically draw crowds of a few thousand.

The long-term promise during bidding was to cut back one tier from some venues after the tournament. The steel and seats would be donated to less wealthy countries needing stadium infrastructure.

WHAT WAS BUILT IN QATAR?

The exact cost of Qatar’s stadiums is unclear. The total spending on projects that were tied to preparing for the World Cup is estimated at about USD200 billion.

What Qatar got for its money was seven new and distinctive arenas with strong themes taking inspiration from local culture.

Al Janoub Stadium designed by the late Zaha Hadid, then the world’s most famous woman architect, is said to be inspired by the sails of a pearl fishing boat. Many observers saw feminine finesse in the sweeping curves of its roof.

Much of the detail is unclear such as where the stadium parts will go, but several will be scaled back.

Two stadiums will be used by local football clubs. Ahmad bin Ali Stadium is home for the Al Rayyan club and Al Wakrah will play at Al Janoub.