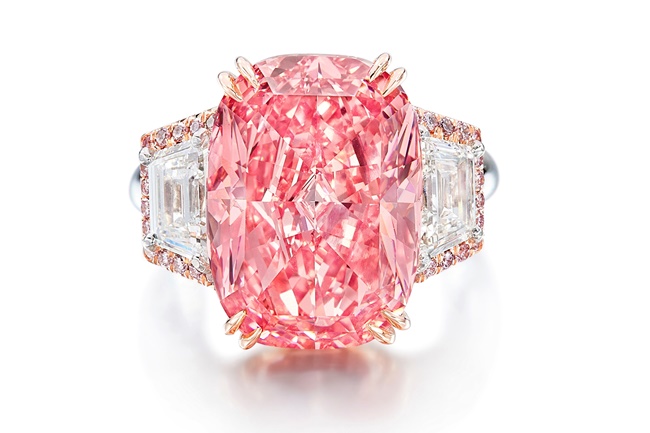 HONG KONG (AP) – A pink diamond was sold for USD49.9 million in Hong Kong on Friday, setting a world record for the highest price per carat for a diamond sold at auction.

The Williamson Pink Star draws its name from two legendary pink diamonds. The first is the 23.60-carat Williamson diamond which was presented to the late Queen Elizabeth II as a wedding gift in 1947, while the second is the 59.60-carat Pink Star diamond that sold for a record USD71.2 million at auction in 2017.