The United Kingdom’s (UK) media watchdog said earlier on Tuesday that it was launching an investigation into the show under its harm and offence rules after receiving more than 41,000 complaints over Morgan’s comments about the Duchess of Sussex.

Morgan’s departure was announced shortly after Buckingham Palace issued a statement saying allegations of racism made by Prince Harry and Meghan during an interview with Oprah Winfrey were “concerning”.

In the interview, which aired in the United States (US) on Sunday night and then in the UK on Monday evening, Meghan spoke about how she “didn’t want to be alive anymore” as she struggled to fit in with the monarchy.

She also alleged that she faced racist attitudes from Buckingham Palace and British media, and that her requests for help with her mental health were rejected. 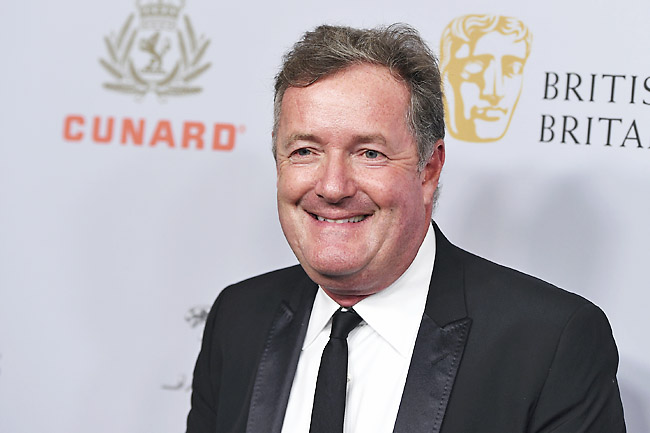 Morgan, 55, said Monday on Good Morning Britain during a discussion about Meghan’s revelations that “I’m sorry, I don’t believe a word she says.

“I wouldn’t believe her if she read me a weather report,” he said, adding the duchess had sparked an “onslaught” against the royal family.

That drew criticism from many, including the mental health charity Mind, which said it was disappointed and concerned by Morgan’s comments on not believing Meghan’s experiences about having suicidal thoughts.

“It’s vital that when people reach out for support or share their experiences of ill mental health that they are treated with dignity, respect and empathy,” the charity said.

In Tuesday’s episode, Morgan addressed his own comments the day before, stressing that he believed mental illness and suicide are topics that should be “taken extremely seriously”. But he maintained he had “serious concerns about the veracity of a lot of what (Meghan) said”.

He then stormed off the set of the programme as weather presenter Alex Beresford was criticising his attitude toward Meghan. As Morgan walked away, he said “I’m done”.

Morgan was a former judge on America’s Got Talent, and in 2011 he replaced Larry King’s prime time slot on CNN with his own talk show, which was cancelled in 2014 after poor ratings. A former tabloid newspaper editor, he joined Good Morning Britain in 2015.