MANILA (CNA) – The Philippines stopped issuing visas on arrival to Chinese nationals yesterday in a bid to keep the Southeast Asian nation free of a new virus that has killed 106 and infected more than 4,500 since emerging in China last December.

There have been no confirmed cases in the Philippines since the coronavirus outbreak began in China’s central city of Wuhan, but infections have been confirmed in Japan, Nepal, Singapore, Sri Lanka, South Korea, Taiwan, Thailand, the United States (US) and Vietnam.

“We are taking this proactive measure to slow down travel, and possibly help prevent the entry of the 2019-nCov,” said the bureau’s commissioner Jaime Morentein a statement, referring to the virus.

There is no order barring Chinese nationals from entering the Philippines, however, Morente added.

He did not say when the facility would be resumed. Chinese nationals can still apply for visas at any Philippine embassy or consulate at their places of residence.

Health authorities are monitoring more than 11 suspected cases of the new coronavirus, they said yesterday.

The virus outbreak, which began in the central Chinese city of Wuhan last December, has infected more than 4,000 people in China and killed more than 100.

The virus has caused alarm because it is still too early to know how dangerous it is and how easily it spreads between people. Also because it is new, humans have not been able to build immunity to it. The World Health Organization (WHO) said on Monday that it remained unclear if the deadly virus is contagious during its incubation period, before symptoms appear.

It did not immediately confirm assertions made by Chinese authorities that people who are infected can spread the disease before they show any symptoms of fever or respiratory difficulties.

The “visa upon arrival” facility has been offered to Chinese nationals by the Philippines since 2017, in an effort to boost tourism. Those eligible included investors and businessmen, athletes, delegates to international conventions and tour groups. Chinese tourists accounted for 22 per cent of the 7.5 million visitors to the Philippines between January and November last year, making China the second top nation of origin for international travellers to the country. 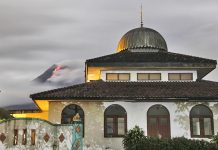 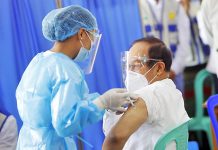