MANILA (AFP) – The Philippines grounded its entire fleet of Black Hawk helicopters yesterday after one of the new aircraft crashed during a night-time training flight, killing all six on board.

“The entire Black Hawk fleet are grounded while the incident is being investigated,” Lorenzana said.

The country ordered 16 of the multi-role aircraft from a Polish firm that made them under licence from the Sikorsky division of United States (US) defence manufacturer Lockheed Martin.

Eleven have been delivered since late 2020.

The government bought the Black Hawks to replace the air force’s ageing fleet of Bell UH-1H helicopters, commonly known as the Huey. Many of them were acquired as surplus from the US, Manila’s longtime military ally.

Lorenzana said the Black Hawk fleet has been used for humanitarian assistance and disaster response, including flying COVID-19 vaccines to remote areas of the archipelago nation.

The Philippine military is also fighting a long-running communist insurgency across the country and Islamic State-linked militants in the south. 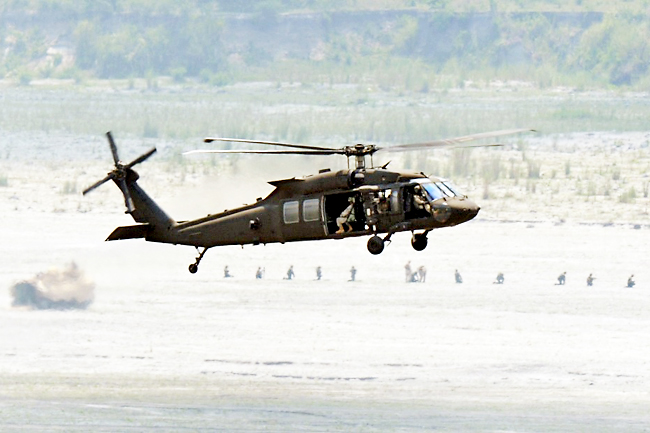