MANILA (AFP) – A Philippine corrections chief accused of ordering the killing of a journalist claimed that a huge pit dug beside his home in a Manila prison complex was not an escape tunnel for inmates but for scuba diving.

Estimated to be 60 metres deep and 40 metres wide, the gaping hole was found at the official residence of Gerald Bantag (The Star pic, below) after he was suspended as director general of the Bureau of Corrections.

Police accused Bantag of ordering the murder of prominent radio broadcaster Percival Mabasa, who was shot dead outside his home in the capital last month.

He denied involvement in the killing.

Bantag, who remains free while prosecutors decide if there is enough evidence to charge him, admitted to local media that he ordered the excavation at his home.

Bantag said he is a scuba diver and wanted to create the “deepest swimming pool in Manila”, according to an interview broadcast earlier this month.

But another swimming pool measuring about 25 metres long had already been built just several metres from the pit. 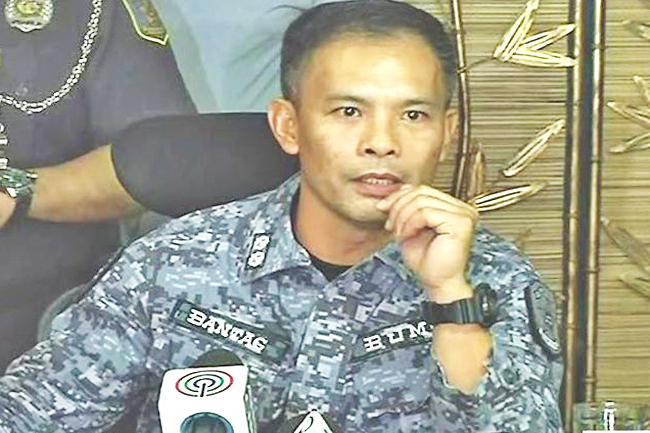 Bantag denied the hole was designed to be an escape tunnel for inmates locked up inside the overcrowded New Bilibid Prison, whose sprawling grounds contain Bantag’s former home.

Justice Secretary Crispin Remulla said last week that Bantag had told him he was searching for the fabled treasure stolen from around Southeast Asia by Japanese forces in World War II and rumoured to be buried in the Philippines.

“That was supposed to be a treasure hunt… I told him to stop it,” Remulla said.

Bantag was appointed prisons chief in September 2019 by then president Rodrigo Duterte.

When AFP visited Bantag’s former quarters on Wednesday, an armed security guard wearing a black T-shirt emblazoned with a marijuana plant leaf was part of a casually dressed team guarding the premises.

They said a yellow python, apparently a pet, was still slithering around the basement of the two-storey house located on the 400-hectare prison grounds.

That was “obviously not” part of the official rehabilitation programme for inmates, he told AFP on Wednesday.

There were also fighting cocks found in the prison grounds, which are not allowed, but Del Rosario said they belonged to another corrections officer, not Bantag.

Del Rosario said the prisons authority had experienced “many controversies in the past” and staff would carry on.

He insisted “not all of us are corrupt”.

“The majority of the employees of the Bureau of Corrections are very, very good,” he said.