MANILA (AP) – About 100 inmates in an overcrowded jail climbed atop the roof of a prison building in the central Philippines and noisily protested with raised fists and placards, saying they were not being fed well and demanding the removal of the jail warden, who was immediately suspended, jail officials said yesterday.

The inmates peacefully dispersed after the Wednesday morning protest and were brought back to their cells in the provincial district jail compound in Pototan town in Iloilo province, and they will face an investigation and possible disciplinary action, officials said.

Pictures of the rare protest by inmates, who massed on the roof of a building facing a jail gate, where some journalists later gathered, were posted on Facebook and quickly drew attention in a country with some of the world’s most congested prisons. One of their placards read: “We’re hungry, warden get out.”

“They really got attention,” Bureau of Jail Management and Penology spokesman Xavier Solda told AP, adding that the inmates, who included suspected communist guerrillas and drug offenders, sneaked out of morning prayers and physical exercise and used a ledge to climb up onto the roof in a secretly planned protest action. 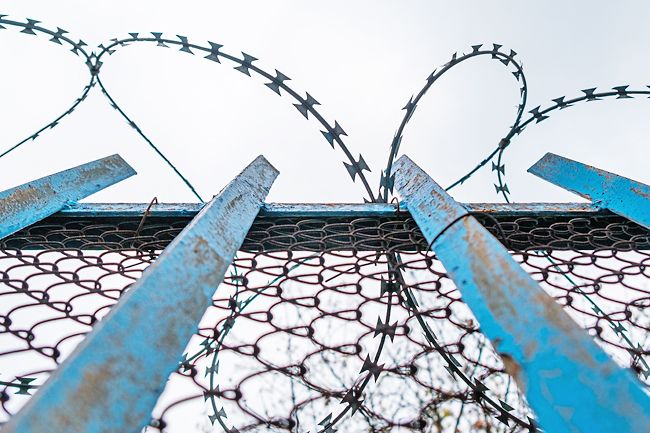