MANILA (AP) – The acting Philippine defence chief has resigned, officials said yesterday, in the latest in a series of top-level changes in the country’s security establishment that has sparked speculation of renewed military unrest.

Galvez has accepted the offer, Garafil said without providing other details, including why Faustino, a former military chief of staff, decided to resign.

Marcos on Saturday cut short the term of military chief of staff Lieutenant General Bartolome Bacarro, whom he had appointed five months ago, and replaced him with a retiring general without explaining the surprise move.

Faustino is a supporter of Bacarro and the two were classmates at the Philippine Military Academy. Bacarro received the highest military award for combat bravery as a young army officer and his three-year term was supposed to continue until August 2025.

The appointment of military chiefs is a sensitive issue. The military has a history of restiveness, failed coup attempts and corruption scandals, and has faced accusations of human rights violations. Efforts have been made for years to instill professionalism in the military and insulate it from the country’s traditionally chaotic and corruption-tainted politics.

Lieutenant General Andres Centino, a military chief of staff whom Bacarro replaced in August last year, was reinstated by Marcos to the top post of the 144,000-strong armed forces. Centino, who was due to retire next month, was chosen over a dozen senior generals and will have a fresh three-year term.

A new law that took effect last year fixed the term of the military chief of staff to three years to allow the top general more time to initiate reforms and press a years-long campaign to modernise the underfunded military.

Bacarro’s sudden removal sparked speculation of renewed military restiveness after the national police went on alert over the weekend. But national police spokesperson Colonel Jean Fajardo denied the move was linked to any military restiveness and said personnel were placed on “heightened alert” mainly to secure an annual religious gathering in Manila. 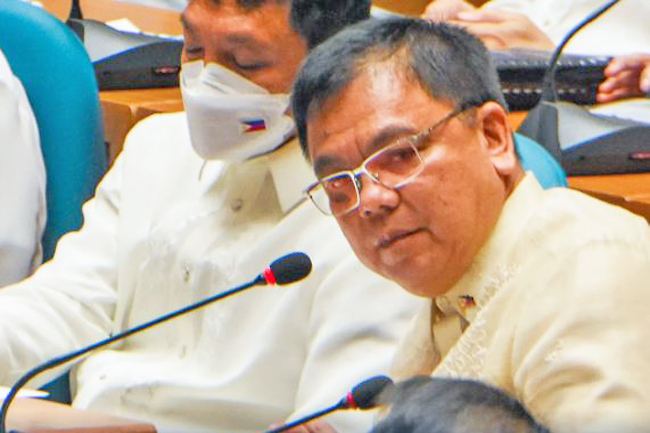