LIMA (AFP) – The start of court proceedings against Peru’s former president Alberto Fujimori for a programme blamed for forcibly sterilising thousands of poor, mostly indigenous women has generated hope among victims that justice will finally be served.

“We’ve been waiting more than 20 years for justice. I want them to recognise us, to apologise to all the women” threatened or coerced into being sterilised, Gloria Basilio Huaman told AFP.

She said authorities tricked her into getting her fallopian tubes tied when she was 27, as part of a family planning programme implemented by Fujimori during the final four years of his mandate.

It was supposed to be a voluntary programme but women who were targetted said the reality was very different.

On Monday, a judge opened proceedings against Fujimori, 82, who was president from 1990-2000. An estimated 270,000 Peruvians were subjected to the controversial procedure. 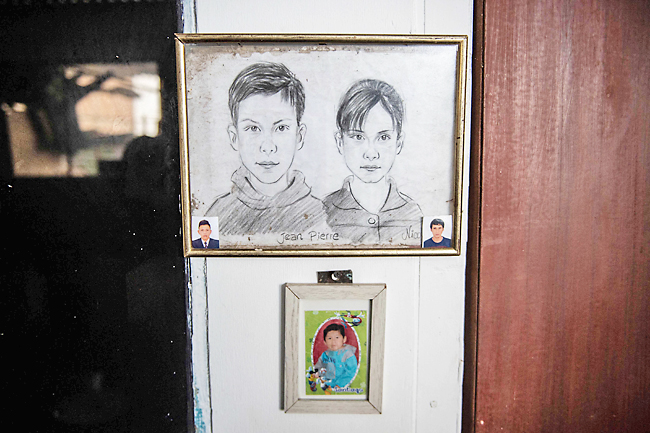 “I’m asking authorities to give us justice. We’re Peruvians, I know we’re economically humble, but not poor,” said Basilio, now 48.

Like thousands of women targetted by the programme that aimed to reduce birthrates to promote economic development, Basilio speaks Quechua, an indigenous language.

She uses a translator to help her follow the court proceedings, which take place in Spanish.

More than 2,000 women have joined the class action suit that has now reached a court thanks to support from a non-governmental organisation (NGO) supporting women’s rights in Peru.

According to official figures, 18 women died during the sterilisation surgeries.

Prosecutor Pablo Espinoza said Fujimori and his fellow defendants, including three former health ministers, “played with the lives and reproductive health of people, without caring about the damage” it would do to them.

The victims have been seeking justice since 2003 but Espinzo was the first prosecutor to bring the case to court.

Fujimori and his fellow defendants are accused of being “indirect perpetrators of damage to life and health, serious injuries and serious human rights abuses”.

Some of the sterilised women have been rejected by their partners in a country with a traditional macho culture.

“Since it happened I started to get very depressed. My partner told me no man would want me because I was a woman that served no purpose because I couldn’t have children. He abandoned me,” Nancy Sanchez Guerrero, 48, told AFP.

“If they wanted to do the sterilisations they should have asked us, explained things to us and let every individual make her decision.”

“Fujimori must apologise publicly to us. He and his ministers must recognise that they wronged us, that we’re human beings,” said Sanchez.

The former president, who is currently serving a 25-year sentence for crimes against humanity, has never apologised for the sterilisations.

The issue played an important role in the 2016 presidential elections.

Fujimori’s daughter and presidential candidate Keiko, who was narrowly defeated by Pedro Pablo Kuczynski, promised to compensate the victims but without acknowledging her father’s responsibility.

Kuczynski then failed during his 20 months in charge to issue compensation and even pardoned Fujimori, something he had vowed not to do during the campaign trail.

That pardon was later annulled by the courts and Kuczynski is himself serving pre-trial detention as part of the sprawling Odebrecht corruption investigation. Regardless of the court verdict, the women want reparations from the state.

“They should compensate us, we still haven’t had an answer to this,” Maria Elena Carbajal, who runs an association for sterilised women, told AFP.

“We’re asking that those implicated apologise because what they did… has made our bodies deteriorate every day. Many are still ill and haven’t received justice,” added the 50-year-old.