THE WASHINGTON POST – Of all the games I have played since I started reviewing regularly for The Washington Post in fall of 2014, I wonder if any of them surprised me as much as 2017’s Persona 5. Although I’d read a little about the series – enough to know that the Persona games are Japanese role-playing games which mix Jungian psychology with YA themes – I had no inkling of how wild or how long the games were.

To that end, I remember the incredulous look a friend (another critic) gave me when I told him I was planning on writing about Persona 5. “Don’t you know that those are 100+ hour games?” he asked. I did not. It took me more than 150 hours to reach the end, which is probably more time than I’ve ever put into a single-player game. When I finished, I was convinced that either I had succumbed to Stockholm syndrome or that Persona 5 was one of my all-time favourite games.

Persona 5 Strikers is a sequel to Persona 5 that continues the story of a group of young people known as the Phantom Thieves. In their spare time the Phantom Thieves explore the Metaverse, a parallel reality born out of people’s unconscious thoughts.

As in the previous game, players take on the role of a Japanese high school student who is also the leader of the Phantom Thieves. The boy, aka Joker, has the unusual ability of being able to wield different personas or masks that can be used to generate powerful attacks against the dangerous entities that populate the unconscious realm. By using different phone apps – er, long story – the Phantom Thieves are able to access people’s cognitive realms to try to bring about a shift in a person’s behaviour. In Persona 5 the students worked to change the behaviour of an abusive teacher as well as other individuals who were adversely affecting the society around them. In Strikers they endeavour to change the behaviour of an influencer, an author and other people who wield a pernicious influence over those who look up to them.

Although Persona 5 Strikers retains the visual novel elements that were a part of the previous game, it replaces its turn-based combat with nuanced, hack-n-slash play mechanics. On the normal or hard difficulty level players will have to come to grips with a bevy of mechanics if they hope to help Joker and Co brave the Metaverse. For about the first 15 to 20 hours of the game tutorials pop up regularly. 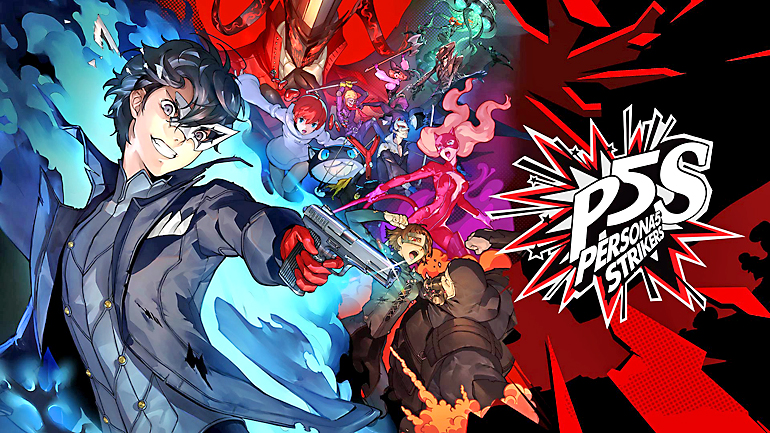 During most of Striker’s combat situations, players can switch between Joker and three of his teammates, the latter of whom can be swapped in and out with other party members between battles. Each of the Phantom Thieves has their own combo attacks and individual personas – basically superpowered avatars – that they can call on for assistance. Personas are endowed with different abilities such as fire, ice or psychic attacks which make them particularly useful (or not) against various opponents.

Early fights in the game are very forgiving. However, players will have to favor strategic thinking over button mashing to weather the more advanced adversaries who are prone to inflicting party members with status ailments that can make them temporarily turn on each other, fall asleep or otherwise become less effective in battle. It is essential, therefore, that players get used to not only attacking enemies, but using power ups (or buffs) as well as consumable items to keep the Phantom Thieves in the pink.

Persona 5 Strikers is a good hack-n-slash game. Although the combat areas aren’t especially arresting in terms of their environmental details, the fights themselves generate plenty of eye candy. Yet I hesitate to recommend Strikers without reservation because a lot of its charm comes from observing the characters interact with each other. I thought of how different it would be if I didn’t know each of their ticks and traits which I learned from the original Persona 5. So many warm fuzzies would be missed that I can’t help but wonder if I would have had the patience to put up with Strikers’ learning curve.

There are enough in-jokes and references to the previous game that newcomers to Persona 5 Strikers may well feel out-of-the loop. But if you’re as keen on Persona 5 as I am, Strikers offers a fine way to catch up with the old gang.