A total of 275 performers made up of school students, employees in the public and private sectors, village consultative council (MPK) members, volunteers and local singers gathered on the grounds of the Tutong District Civic Centre Complex to portray the story of a village community which attempted to build a barge out of gratitude for the just and wise rule of their beloved leader.

Composed of three main segments, the first one depicted a village whose residents still adhered to values steeped in religion, hard work, solidarity, and respect for their sovereign and leaders, embodied in the song Kami Pasti Berjaya.

The second segment described the determination and eagerness of the villagers in realising their hopes of building an ark, expressed through the song Joget Kasihkan Raja.

The third and last segment, which showcased the people’s love and unwavering loyalty for their sovereign in the song Raja Terbilang, Negara Cemerlang, ended with a resounding Daulat Kebawah Duli Tuan Patik from all performers. 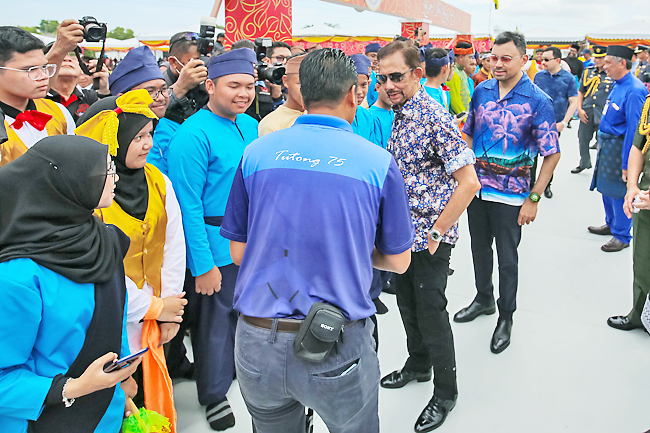 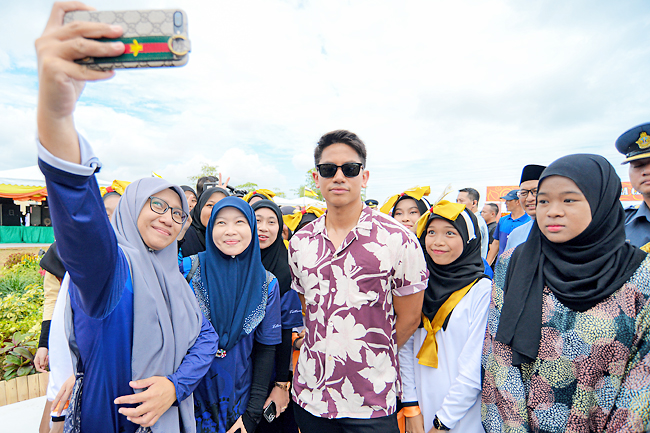 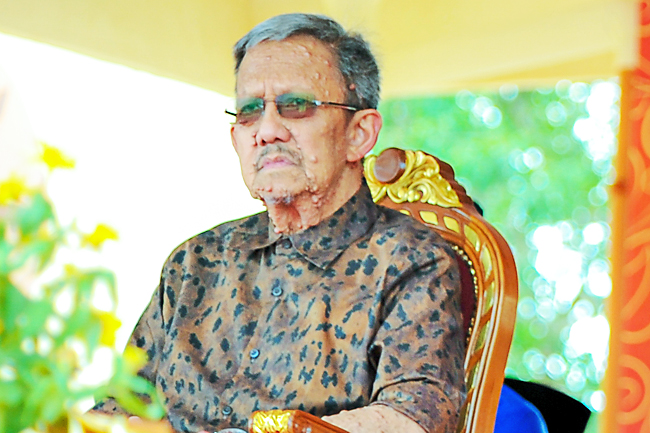 CEO of the Tutong District Creative Development Body (BKK) Muhammad Amir bin Haji Umarali, as the co-chairman of the special performance, told the Bulletin, “The get-together is a much anticipated event for the people of Tutong District. We were very excited to observe the ceremony again, after it was sadly put on hold last year.

“Alhamdulillah, as citizens of this country, we feel blessed at being able to meet our beloved leader.”

He also said that the Tutong showcase was specifically designed to celebrate His Majesty’s birthday, adding that the team wanted “a straightforward storyline and energetic song lyrics that reflect the people’s joy at the arrival of their beloved leader”.

Muhammad Amir also disclosed that the creative team behind the ceremony was instructed to come up with the format of the performances early, to ensure enough time was put into the preparation stage.

“After obtaining approval from the executive administrative committee, rehearsals for the get-together ceremony took four weeks to complete,” he said.

“We were blessed with an experienced creative team, which allowed all of the preparations to be carried out in-house.”

Muhammad Amir added, “May His Majesty continue to be in good health and lead our nation. Daulat Kebawah Duli Tuan Patik!“