THE WASHINGTON POST – I will never forget the day I learnt that my older cousin was pregnant. I was on the verge of turning eight, and the auntie who shared the news delivered it with this hint of foreboding – like a cautionary tale. Because my cousin was “only” 15.

Fast-forward: It’s 2018. I’m 32, married eight years with two planned-for and deliberately conceived children. I’m visiting an ultra-rich, glaringly White private school to give a talk on my debut novel, Dear Martin. I’m standing at the front of a room with 150 ultra-rich, glaringly White kids, talking about the connection between systemic racism and implicit bias. And a young woman sitting in the front row raises her hand.

“But what about the illegitimacy rate?” she asked.

“The illegitimacy rate,” she repeated. “You know: the rate of African American kids who grow up without fathers.”

In the moment, I responded with a question, “Honey, what exactly makes a person ‘illegitimate’?” 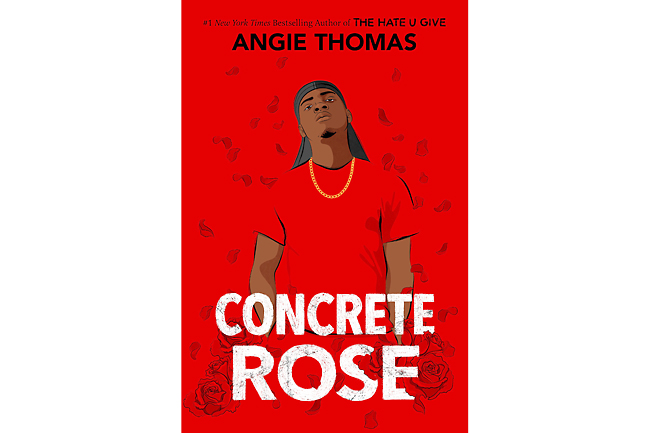 The experience will stick with me forever. It wasn’t just the flagrantly offensive nature of the question that got under my skin. It was the confidence with which she asked it. How certain she was that the “illegitimacy rate” was a concept that could be used to rebut the need to examine and dismantle anti-Black racism.

In 2017, Thomas’ smash hit The Hate U Give introduced us to a Black “traditional” family – a unit formed by a married couple and their shared biological children – with a caveat: The eldest child in the Carter family, Seven, has a different birth mother than his younger siblings Sekani and Starr.

We also learn that Seven and Starr are just over a year apart, which would certainly raise a red flag for the illegitimacy police. For siblings to be that close in age, one had to be a baby when the other was conceived. And since we also know Starr’s mother, Lisa, was 18 when she gave birth to Starr, and that Lisa and Starr’s father Maverick Carter are the same age, it’s not difficult to deduce that good ol’ Maverick impregnated two girls as a teenager.

It’s clear that things worked out: When we meet Maverick, he’s a successful entrepreneur, happily married to Starr’s mother, and doing everything to lead and provide for his family. Yes, he was once a gang member, but he’s left that behind. He is not only present, he’s persistent. Precisely the type of Black dad people presume doesn’t exist.

But one of my favourite things about Angie Thomas is that she’s always willing to dig a little deeper, to peel back another layer. This is what makes her latest novel Concrete Rose a gift. It not only debunks the myth of the Bailing Black Baby Daddy, it gives us insight into the life of a boy most people wouldn’t even attempt to look at beyond the surface.

We get to dive into the life of young Maverick Carter. The demonised elements of his life are salient: He’s a gang member who impregnated two different girls before he’s halfway through his senior year of high school. And Thomas doesn’t sugarcoat any of this: She lets us see the grit and grime.

But what Thomas does not do is permit the reader to perch up on a pedestal of unexamined moral ideals and look down on the characters in this book – and the people they represent in the real world – from some completely unfounded position of superiority.

It’s almost as though Thomas gets right in the reader’s face and says, “No. I will not allow you to dehumanise other people just because you ‘don’t agree’ with how they live or the decisions they make. Let’s put you in their position and see what you would do.”

And it’s for this reason that we owe Thomas a debt of immense gratitude. Because in allowing us to see the heart and soul of a boy who does just about everything our society vilifies, but is truly doing the best he can with what he has, she has given us the greatest gift of all: permission to let our guards down and be a little more legitimately human.