AFP/VOGUE – Shinpei Yamagishi grew up in a small seaside village longing for Tokyo. “Every day, I searched for something that was not in this town,” he wrote via e-mail. “Of course, I now love my hometown that has only the sea.” The designer returned there, imaginatively, for a collection inspired by his own childhood and boyhood in general. The variety of garments in the show is explained by this childlike way of looking at fashion.

Yamagishi played with stereotypes and symbols throughout. There were cowboy boots, sporty windbreakers, and punky leather motos, and he made the necktie one with its collar on soft shirts, cutting it long like the sash generally seen on a women’s blouse. The peace and love theme wasn’t based on retro pictures on a mood board but more personal. “It was my own style in daily life that made me feel the hippie element,” the designer said. “I sought for a hero image that a boy longed for; my heroes seem to be a lot of musicians.”

BED JW FORD is a brand that doesn’t use a logo to bring attention to itself. In its place Yamagishi uses hanging flower corsages, made of discarded fabrics, that gently swing from garments as the wearer moves. They fit right in with the “flower power” vibes of this collection, which metaphorically formed a daisy chain connecting the designer’s past to the present. ‘I am rooted but I flow’, is the apt title Yamagishi selected for this on point and poignant show. 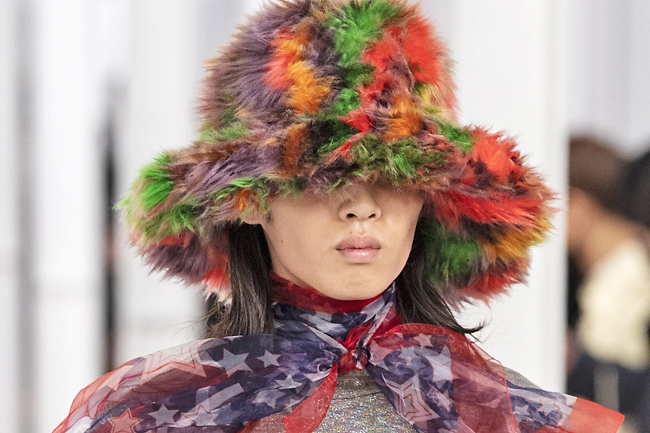 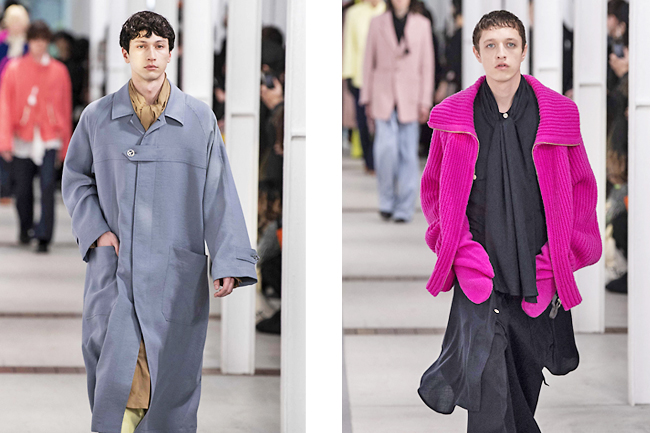 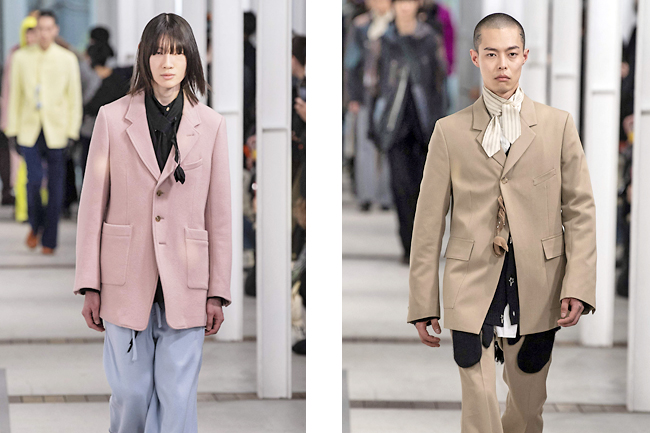 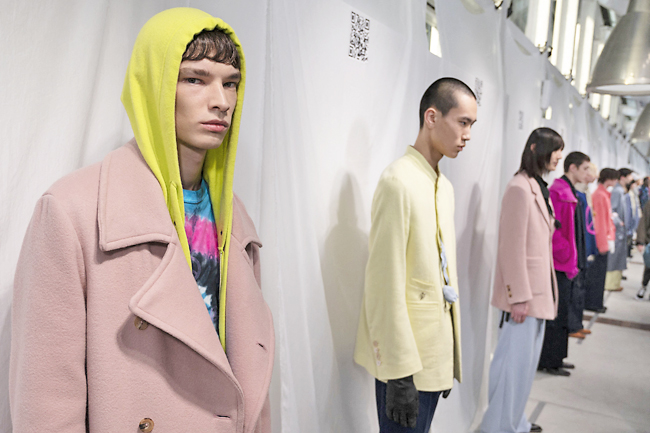 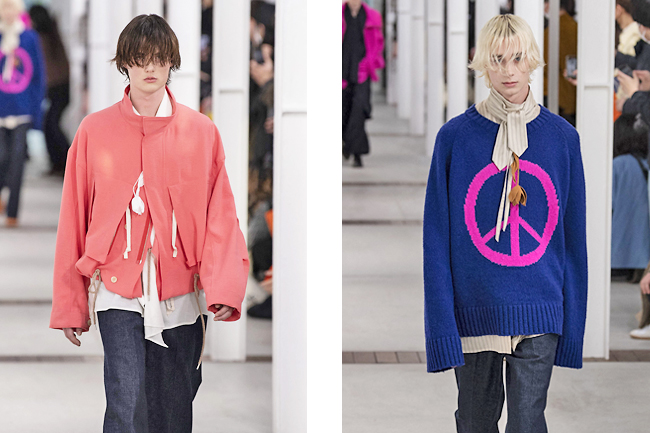