More than 4,000 participants from various agencies pledged their loyalty and spirit of nationhood during the 37th Brunei Darussalam National Day celebration in Bandar Seri Begawan yesterday.

The royal entourage was welcomed by patriotic spectators with a royal salute, followed by the singing of the national anthem.

Unlike previous celebrations, this year’s event was carried out in a different format, in adherence to the standard operating procedures (SOPs) and guidelines issued by the Ministry of Health (MoH). Despite the scaled-down celebration, it did not affect the joyous mood of those present. 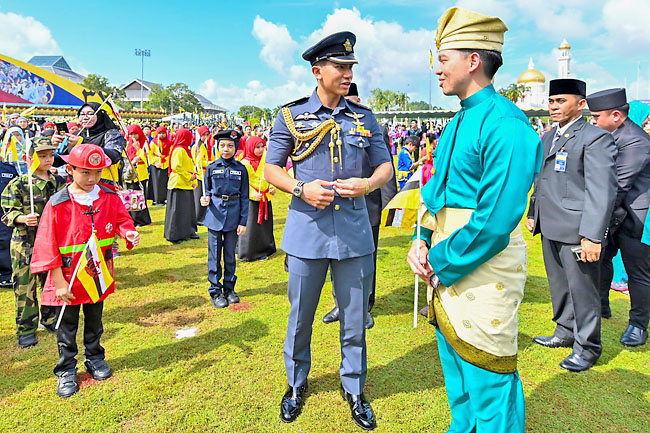 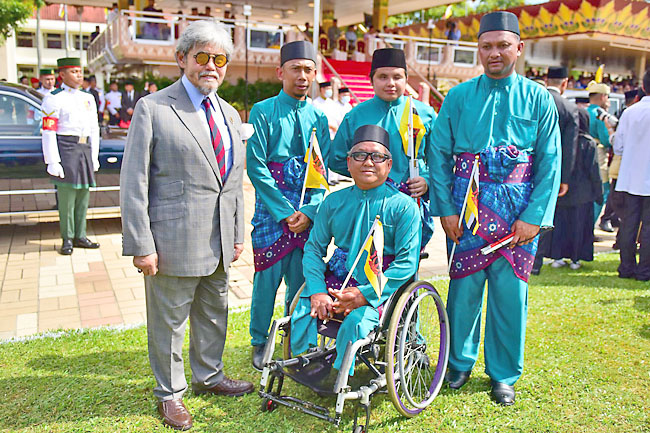 This year’s theme Menjayakan Wawasan Negara (Accomplishing the National Vision) focussed on the vital roles that need to be achieved by all citizens and residents of Brunei Darussalam in all sectors, towards the country’s development and progress, in ensuring the success of Brunei Vision 2035 as envisaged by His Majesty.

The theme also emphasises that everyone, especially youth, have a role in realising the goals of Brunei Vision 2035. At the same time, it upholds the continuous efforts undertaken by all government and private agencies in curbing the spread of COVID-19 pandemic, which requires the country to remain vigilant.

The march-past before the royal dais was performed by 113 agencies comprising 20 teams with 2,800 people, while the parade was divided into eight groups comprising flag bearers carrying a giant-size national flag; the National Day oath readers’ team; and bearers of the national flag and the 37th National Day banner.

The parade was followed with a National Security group made up of the RBAF, the RBPF, government uniformed teams and the Prisons Department band, as well as other uniformed personnel.

Also participating in the parade were representatives of the public and private sectors, public movements, education, and smart society.

Thirty-seven members of the Cycling Association also took part in the march-past, before embarking on a 37km expedition from Taman Haji Sir Muda Omar ‘Ali Saifuddien.

The march-past concluded with a COVID-19 frontliners’ team which included doctors, nurses and youth volunteers.

The National Day oath readers comprised 37 youth from different academic backgrounds and professions, including those with different abilities. Meanwhile, the call of Allahu Akbar was led by Abdul Nur Mafuuz bin Haji Buhari, a youth volunteer working at the Seria Health Centre as a frontliner.

A field performance based on this year’s theme was showcased by over 1,000 participants representing various national development agencies including public servants, the private sector, associations, students, youth and children.

The performance featured the efforts and continuous initiatives being carried out in the aspects of sustainability development, while preparing the young generation in defence of the country and readying them for the Industrial Revolution 4.0.

To curb the spread of COVID-19, entrances to the Taman were strictly supervised, requiring BruHealth QR Code scans, social distancing of at least one metre apart and the use of hand sanitisers.